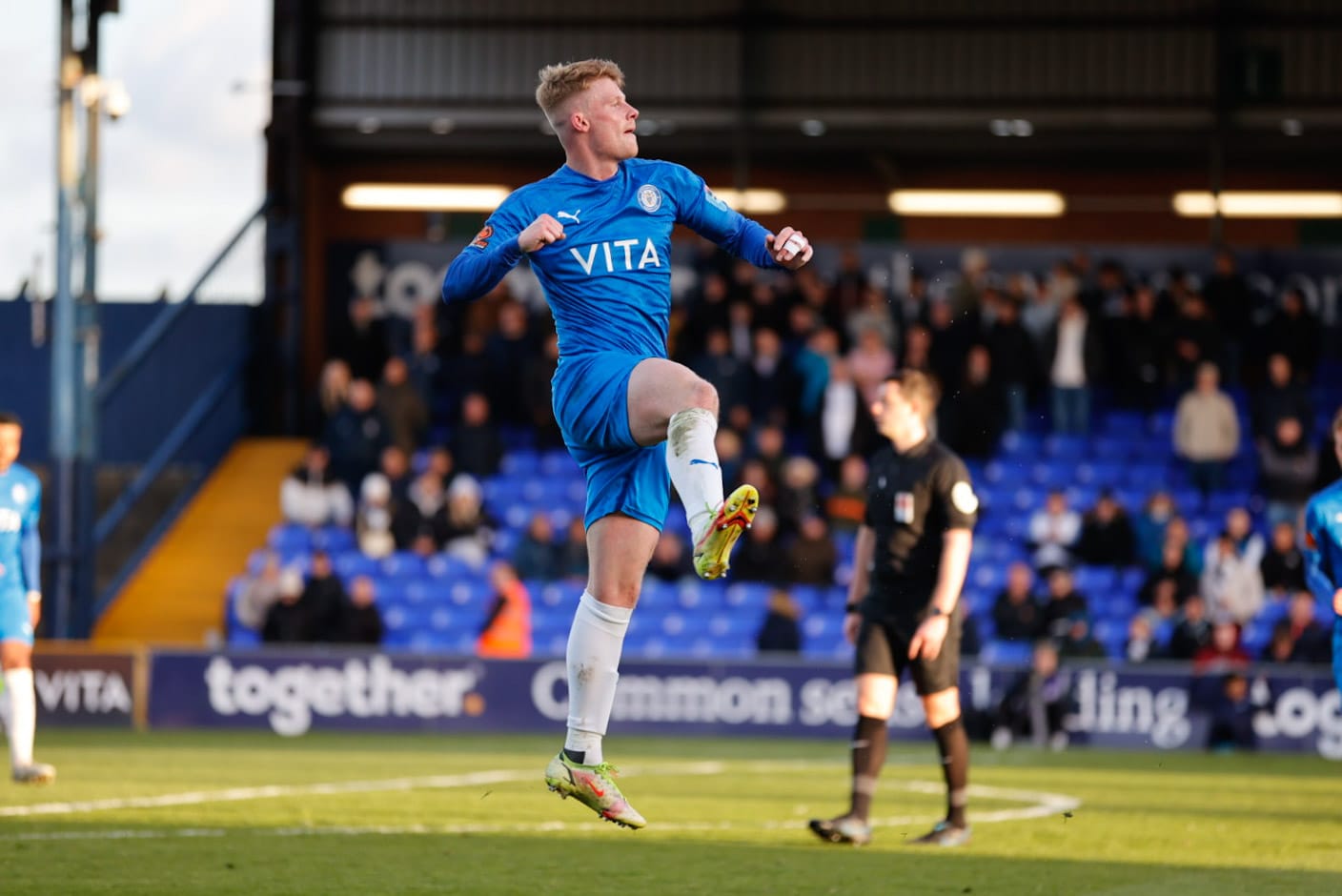 Five-star Stockport show no signs of letting up

It’s been in the pipeline for some time now, but Stockport County are well on course for the Football League. Cruising at the top of the table, it’s beginning to become a matter of when, not if for the Hatters, with their latest victory this weekend another statement win.

Madden gets his second of the game and Stockport's fourth, all but tying up the three points. pic.twitter.com/g6AFy4zuvb

Sweeping aside Southend United, Stockport put five past the League Two drop-outs without return, as they dazzled in front of the BT Sport cameras. A late Wrexham victory earlier on in the campaign had cut the Hatters’ advantage to five points, only for Dave Challinor’s side to restore it to eight with the comfortable win.

A brace from Paddy Madden was complemented by goals from Will Collar, Myles Hippolyte and Andy Cannon, as Stockport cruised to a 5-0 triumph. With the games beginning to run out for the chasers behind, the Football League beckons for Stockport’s five-star outfit.

Forget Manchester City and Liverpool battling it out for the Premier League crown, the best title race in England is taking place five divisions below. Separated by a singular point, Brackley Town lead the away ahead of chasers Gateshead just behind.

With a place in the National League at stake, it had looked as if Brackley – who despatched playoff-chasing York City – were going to extend their slender advantage. After throwing away a first-half 2-0 lead against Chester, Gateshead were threatening with the prospect of dropping points.

Alas, goals from Adam Campbell and Greg Olley helped the Heed on their way to an eventual 4-3 victory over Chester, meaning the National League North title race remains finely poised heading into the Good Friday fixtures.

Maidstone juggernaut continues to romp on

It’s now five straight victories for Maidstone United, who continued their pursuit of the National League South title in fine fashion with a 2-1 victory over Chippenham Town.

Heading into Monday after a Stones win... pic.twitter.com/5HymR02oug

While second-placed Dorking Wanderers may boast a game in hand over Maidstone, it’s difficult to see the current leaders being caught between now and the end of the season. Seven points separate Maidstone from Dorking, as the fifth tier begins to become a reality for the Stones.

Finding form at just the right time, only a small number of points separate Maidstone from the National League South title.

Welling and Billericay's battle goes on

Sticking in the National League South, a gripping relegation scrap is beginning to open up, with both Billericay Town and Welling United set to fight it out.

Their hopes of survival will likely rely on the results of Billericay, who boast the same number of points as Welling after 34 games. With Glenn Tamplin’s fever-dream a distant memory, relegation would represent a bitter blow for Billericay, who had harboured hopes of climbing the footballing pyramid.

Unruly Wrexham finding a way to win when it matters most

In another season, there is every chance Wrexham could either be closer to leaders Stockport, or be top of the table themselves. Nine wins from their previous 10 matches across all competitions have seen the Dragons book their place in the FA Trophy final, with promotion very much in the picture for Phil Parkinson’s men.

What a video of the winner this is! @Antproberts pic.twitter.com/z8vqMQv8yA

While Stockport may look out of sight, Wrexham are not intent on letting the Hatters run away with the league, with this weekend’s result another example of their never-ending spirit. Awarded a penalty in added-time, Paul Mullin stepped up to slot the ball home and secure a vital three points.

Holding the momentum heading into the playoffs, it’s easy to see why Wrexham remain the bookies’ favourites to secure promotion behind leaders Stockport.

Stan Collymore opens up about his time working with National League Southend ...

From fans protesting on the pitch, to the chairman swearing at supporters ...