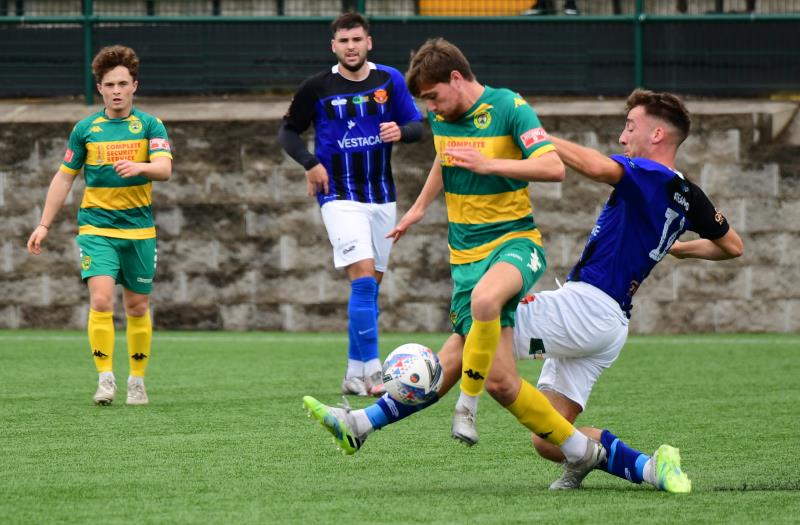 Northern Premier League Premier Division sides join the competition at this stage, along with our survivors from the two preliminary rounds.

Winners progressing to the second qualifying round will pick up £2,250 with the losers collecting £750.

Hyde United off to North East

John McCombe is in interim charge of the club following Dave McGurk’s resignation at the weekend.

Both sides will look to the cup tie to kick start their season, with the pair yet to take point between them in the league.

FC United away to Bootle

FC United of Manchester face a trip to Merseyside to take on NPL D1 West side Bootle.

Neil Reynolds’ side have made a mixed start to the season, with one win, one loss and one draw and sit midtable at this early stage.

Newly-promoted Bootle won by the odd goal in a 3-2 preliminary round away at AFC Liverpool on Saturday to progress to this match.

Radcliffe have a home tie against Skelmersdale United, who knocked out Irlam 5-1 at the weekend.

Lee Fowler’s team will be wary of their lower division opponents, who have only lost once so far this season.

The NPL Premier Division have only picked up one point and one goal in three league games so far.

Atherton Collieries will be at home to Bridlington Town.

Brad Cooke’s side have made a good start in the NPL Premier this year, winning 2 of their 3 opening games.

Bridlington won in the preliminary round away at Consett, coming away with a 3-2 victory.

Ashton United have a home tie against NPL D1 East team Hebburn Town. Michael Clegg’s side should be favourites for the game given they have home advantage and play a step higher than their opponents.

Hebburn thrashed Yorkshire Amateur 7-0 in the preliminary round on Saturday, but have lost both of their league games so far.

Avro will play Liversedge at home - if they can come through Tuesday night’s replay at Runcorn Linnets. The first match between the pair saw Liam Ellis score for the Oldham based side.

Trafford play Colne for the third time in ten days tomorrow night, with the two clubs yet to be separated in league or cup action.  Following Saturday’s 2-2 draw, both clubs went into the hat and the winner will travel to NPL Premier side Stalybridge Celtic.

Mossley will host Newton Aycliffe if they can overturn Lower Breck after a 2-2 draw on Saturday. David Fish’s side have made a good start to the season winning their opening two league games.

All ties will take place on the weekend of September 4.