FA Cup action returned this weekend, with a number of North West clubs involved in Preliminary Round fixtures. 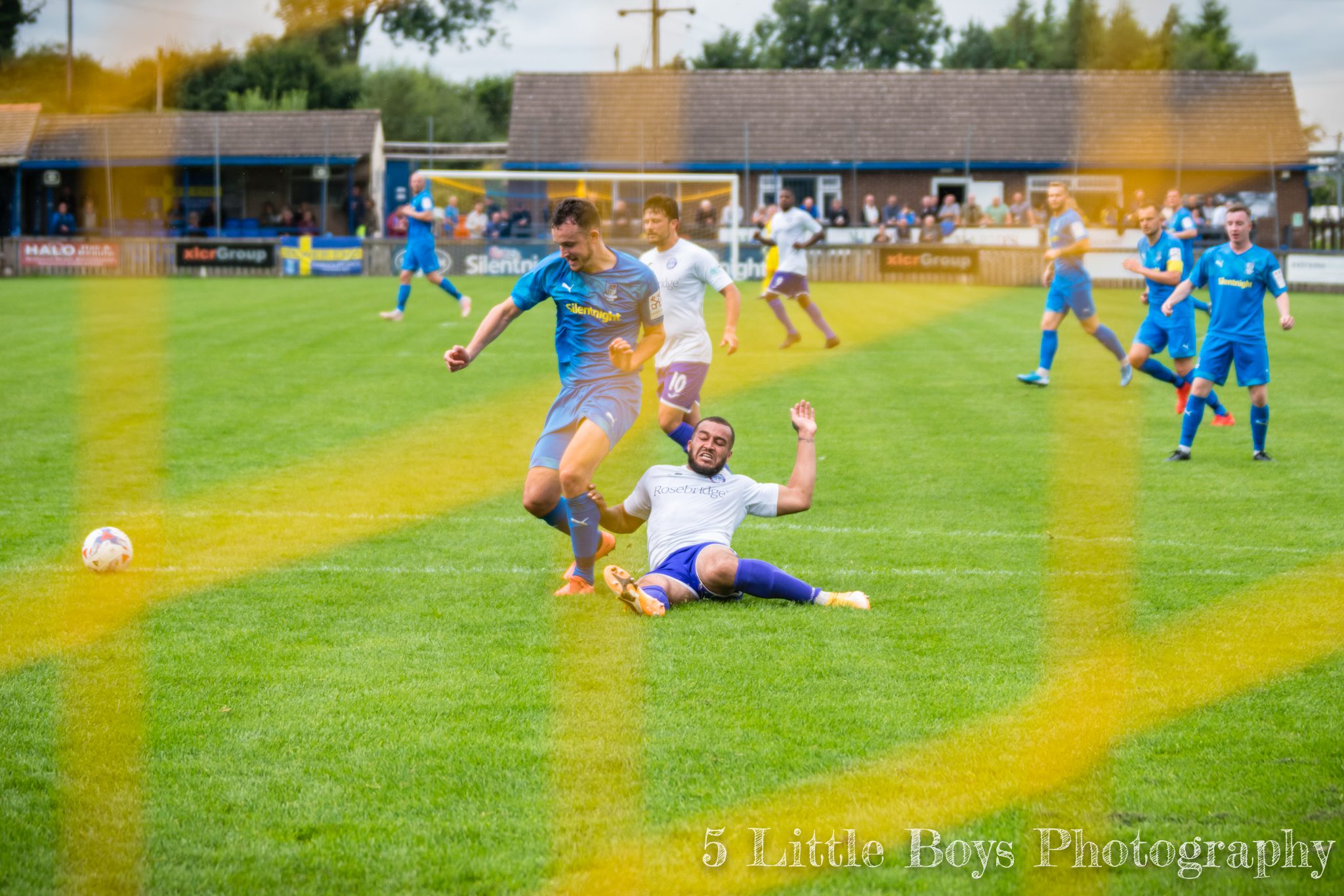 An astonishing 10 goals were scored as Squires Gate pulled off an impressive 6-4 triumph over fellow North West Counties Football League Premier side, Macclesfield.

Macc had lead twice in the first period, but were unable to pull clear of their opponents, with a second-half flurry eventually securing Squires Gate’s progression.

Dean Ing managed a brace for the home side, whilst Kieran Feeney, Josh Westwood, James Boyd and Jack Iley were also on target for the Gate, with the Lancashire side now able to look forward to a First Qualifying Round tie.

Barnoldswick Get Better of Ramsbottom

Paul Turner and Gareth Hill ran rampant for Barnoldswick Town as they squeezed past Ramsbottom United in a tight 5-4 encounter.

Goals from Domaine Rouse, Richard Baker and Edward Cooper pushed Barnoldswick close, yet Andrew Clarkson’s side was too strong for Ramsbottom.

After seeing off Runcorn in the Extra Preliminary round two weeks ago, Barnoldswick will be dreaming of a famous cup run.

Northwich too Strong for Wythenshawe Town

Following a famous victory in the previous round, Wythenshawe Town met their match in 1874 Northwich, losing 2-1 to the Cheshire side.

Ashley Woods opened the scoring for the visiting team, before Deane Smalley levelled shortly after for the Town.

Nantwich secured progression to the next round with Callum Gardner’s strike midway through the second period.

Marine Held to Draw by Workington

Marine AFC were held to a frustrating draw against Workington, forcing the two sides into an inconvenient midweek replay.

After making history by reaching the Third Round last season, Marine were unable to see a safe progression through to the First Qualifying Round.

James Barrigan opened the scoring for Marine, before Scott Allison levelled for the home side early in the second period.

Two Greater Manchester sides in Irlam and Prestwich Heys were knocked out in disappointing fashion, losing 5-1 to Skelmersdale United and 3-0 to Warrington Rylands 1906 respectively.

Mossley and Avro both forced their ties to replays, with Lower Breck and Runcorn Linnets unable to see of the Greater Manchester duo.

Eccleshill United and Charnock Richard played out a 1-1 draw, whilst Prescot Cables triumphed 3-2 over Campion.