Guide to the Pitching In Northern Leagues Play-Offs 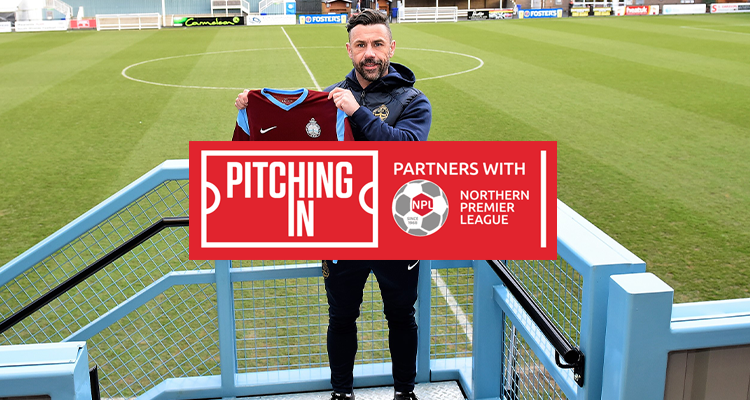 Heading into Tuesday night’s play-off games, the clear favourite in the Premier Division will be second-placed South Shields. The Mariners have an excellent goalscoring record and finished the season four points ahead of their nearest opponent. They can also head into the post-season knowing they have already gained victories over all three of their potential play-off foes over the course of the year.

South Shields’s opponents will be Warrington, a team who will have none of that same confidence. Warrington lost their final game of the season to fellow play-off contenders Matlock and now must face-off against a side that has already beaten them 2-1 and 3-2. Warrington boss Mark Beesley said in an interview last week that it would cost his side dearly to take their foot off the accelerator, and so it might prove against the high-scoring South Shields side.

In the other semi-final game, Scarborough seem to have the slight form advantage over their opponent Matlock Town. The only team in the league to have won their last three games, the Seadogs have racked up 11 goals in six matches and currently look the most comfortable in front of goal. However, Matlock have the best defence in the league and both previous matches between these two sides have ended in a 0-0 draw, so this really is anybody’s game.

In the Eastern Division, the play-off teams were decided a couple games before the end of the season. With Liversedge comfortably at the top of the table, the other top five teams spent the back end of their seasons vying for home advantage more than anything else.

Despite a recent run of bad form, the favourites going into these play-offs will be runners-up Marske United. The Seasiders were the only club this season that could rival Liversedge and finished with a +60 goal difference. However, the last six games of the season have been challenging: with only one win, fifth-placed Shildon may fancy their chances. So, there is potential here for an upset in the Northern Leagues play-offs.

It’s been a season of ups and downs for us so far, but it doesn’t get any bigger than this.

The biggest week in the club’s history awaits, starting Tuesday with Shildon.#TwoMoreGames pic.twitter.com/J5CByFEtNl

The game between Cleethorpes Town and Stockton Town may well be the game to watch this coming Tuesday. Two teams with similar records and stats, both sides have beaten the other in the league this season. There is very little to split them, but home advantage to Cleethorpes may just be enough to propel them to victory.

Our Prediction: Shildon will upset the out-of-form South Shields to make it to the final. Cleethorpes will narrowly edge past Stockton then go on to beat Shildon in the final.

Listen: Non League Weekly Podcast - What is a London Stadium?

The Western Division has arguably some of the strongest teams across the Northern League set-up. The title came down to the wire, but in the end it was Warrington Rylands who snatched the championship on the final day. That leaves a host of quality teams vying for the second promotion spot in what should be an entertaining play-offs week.

Based on form alone, third-placed Leek Town are the clear favourites. The Blues have won four of their last six games and go into Tuesday night’s game having beaten fellow play-off rivals Marine on the final day of the regular season. However, their opponents are Runcorn Linnets, themselves a team in decent form with a very similar record. What’s more, Runcorn have won both meetings between these two teams this season, so it is sure to be an open affair.

What we need is Borough Park bouncing and you all helping the team over the line!

Runners-up Workington may have finished second and only one point behind the league leaders, but their form leaves something to be desired. A win in their final game of the season would have won them the championship; instead, they drew 1-1 to wooden spoonists Market Drayton. Supporters, then, are rightfully worried about the possibility of an upset at the hands of Marine AFC. However, Marine themselves have not been in the best of form and fall far short of Workington’s prowess or attacking creativity. Workington will definitely have questions to answer if they fail to get to the play-off final.

Our Prediction: An unlikely final and a bold prediction. Runcorn to overwhelm Leek and Marine to pull through against the out-of-character Workington. Runcorn to beat Marine in the final.

Finally, we get to the most hotly contested play-offs of the entire Northern League system. The Midlands Division has been a delight to watch all year. With two games to go, four teams were still in with a chance of winning the title. Ultimately, however, it was Ilkeston who topped the table, leaving four very capable sides in the running.

At the beginning of the season, Halesowen Town were odds-on favourites to win the league. Following their success in the FA Trophy in the 2019/20 season, big things were expected of the Yeltz. However, they failed to produce results in the big games and that proved costly. They finished in third place and will now take on Chasetown, another team that were tipped to win the league from the get-go. This will be a very tight game, but if Halesowen can show the kind of form they did at the beginning of the season then it should be there for the taking.

The other matchup features two teams that we, at the beginning of the season, may not have expected to see featured in the play-offs. Stamford had a rocky start to the season and looked to be trailing too far behind the ‘big three’ of Ilkeston, Halesowen, and Chasetown. However, with a string of good results they clawed their way up the table, eventually finishing second place and only narrowly missing out on winning the league.

They have conceded the fewest goals in the league and will pose a real threat to the visiting Belper team. Based on their form, then, Stamford are probably the safest bet for the second promotion spot and progression up the Northern Leagues set-up via the play-offs.

Our Prediction: Stamford, making best use of home advantage, beat Halesowen in the final.