FC United of Manchester manager Neil Reynolds has warned the underperforming players in his squad that his patience is wearing thin. 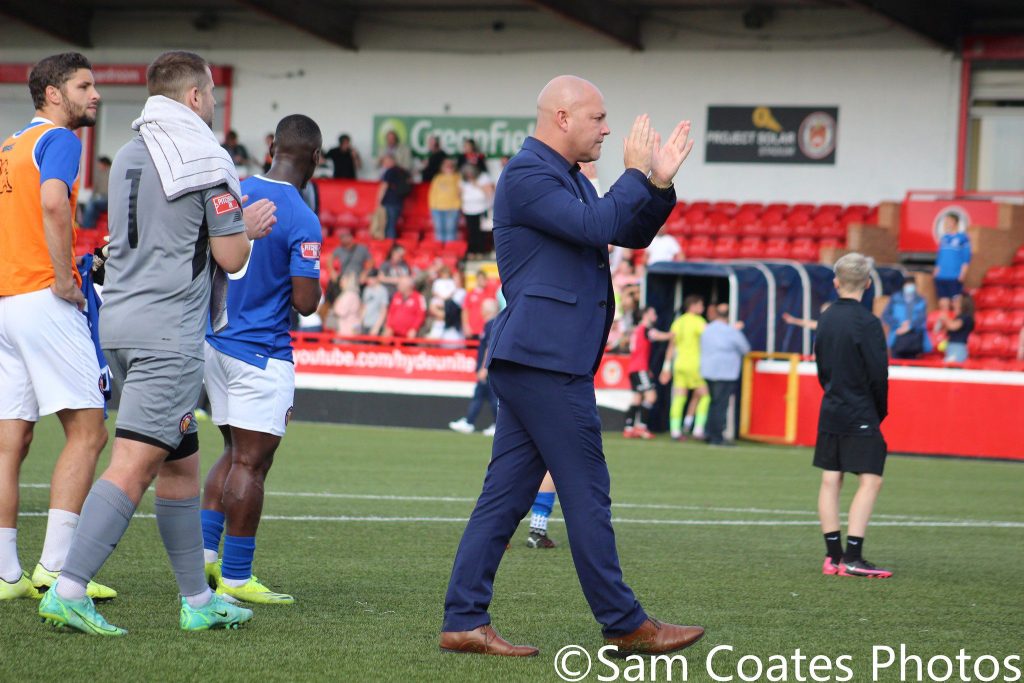 Players may be on their way

His side lost 2-1 at Hyde United on Saturday, and have dropped below The Tigers in the league to 14th position.

The Rebels were two goals and a man down at half time, after Paul Ennis was given his marching orders with the side already chasing the game.

Reynolds said: “Unfortunately there’s now a pattern of some players not performing. If the players are not at it, playing for a club like this, then you’ve got to move on and look to get people in who are.
“I’ve got a sick feeling in my stomach after the first half performance. That’s my side, and I’ll take the rap for it. It might be time for two or three players to look elsewhere.
“If we’re going to be where we want to be at the end of the season, we’ve got to come here and win games. That’s no disrespect to Hyde, because we want to win these games and we haven’t.”

With little to lose, Reynolds rolled the dice at half time and made three substitutions - bringing on Matty Rain, Finlay Sinclair-Smith and Ali Waddecar in place of Jordan Simpson, Jamie Cooke and Regan Linney.

His reshuffled side put in a much-improved performance, halving the deficit through centre back Aaron Morris. For large spells of the game it wasn’t noticeable they were playing a man short.

Cedric Main had a golden opportunity to level the scores with a late penalty, but keeper Joe Green guessed the right way and kept out his low drive to the right corner.

Reynolds praised his side for getting back into the game.

Reynolds will look for a quick recovery from his side as they host Radcliffe on Monday afternoon.

Ennis will be suspended, and first choice goalkeeper Dan Lavercombe is likely to miss out again after coming down with food poisoning.

Lewis King deputised after a last minute deal was confirmed on Saturday morning, with Reynolds thanking club secretary Viv Ware for getting the paperwork completed in time. It’s the second time King has played for FC, having originally joined in 2015.

“We missed Dan’s presence today. Lewis has come in and given a good account of himself. It’s difficult for him, coming in at the last minute and not knowing the lads. Big thanks to him for standing in.

“We’re also missing Mike Donohue and Curtis Jones. It’s tough for everyone, so I won’t bemoan injuries or suspensions.
“Radcliffe vs FC will always be a good game.  Their fans have a similar rivalry with ours as Hyde’s, and everyone comes to our place wanting to do well. They lost their game on Saturday, but that won’t mean anything on Monday. They’ll want to win and we desperately need to bounce back.

“We can’t drop more points, and we need to get on a roll now. The Buxton and South Shields results were good. Now we’ve only won one game in five and that’s nowhere near good enough.”