James Rowe’s Chesterfield will take on European Champions Chelsea in the Third Round of the FA Cup this weekend, but the Spireites boss believes it’s a “shame” replays have been scrapped 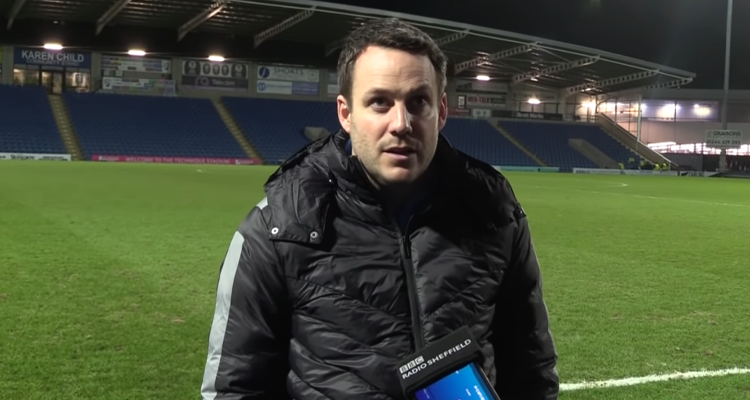 No replays across Third Round ties

Having progressed past League Two Salford City in the previous round, Chesterfield were rewarded with the glamour ties to end all glamour ties, a trip to Stamford Bridge.

Just 223 days since the Blues lifted the Champions League trophy in Porto, Thomas Tuchel’s men will pit themselves against the National League leaders.

With over 6,000 Spireites supporters expected to make the journey South, Rowe has expressed his excitement ahead of the clash, but believes it’s a disappointment a replay has been taken off the cards:

“I’m sure if we get to a stage against Chelsea where it was a draw after 90 minutes, then it would be a shame (to not have a replay), because we’d want to bring the European champions back to Chesterfield.

“That’s what the rules are now, yes that can change things in the latter stages of the games with how we use subs.

“It’s got to be won on the day, so we’re just thinking about if it goes to extra-time what’s the best way to win the match”.

“His background is different to mine, in terms of giving up playing in his 20s because of an injury.

“I like to concentrate not on the resources he has, but his game plans and the way he sets up his team.

“He’s a peer working at the top of the field I work in, so I have a lot of admiration for Thomas and hopefully I’ll get some time to sit down and talk to him”.

Chesterfield prepared for introduction of VAR

With preparations a little different than their usual National League match-week, Rowe has admitted his players have been getting ready for another unusual quirk of elite level football.

As the game will be taking place at Stamford Bridge, VAR will be in operation throughout the evening, and Rowe understands the complications it can bring:

“It’s definitely different to our normal environment in the National League, we’ve spoken to the players about it.

“Any outcome that impacts the game we have to be aware of, and yes it’s new for us, so we’ll have to be careful”.

A popular figure during his playing career, ex-Bury striker Gareth Seddon would ...