Kevin Horlock believes his experiences as a professional player has helped him guide Needham Market to the fifth round of the FA Trophy, but the ex-Manchester City man wants to see his side push on even further. 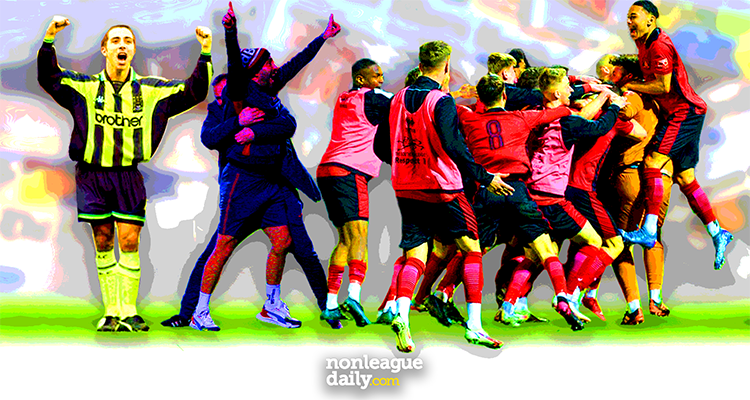 Horlock experiences opposite side of shootout drama

Boasting a professional career that spanned across the best part of two decades, there is little Kevin Horlock hasn't seen in football.

Yet, stood at the halfway line of Yeovil Town’s Huish Park on a cold, wet and rather blustery January afternoon, the former Premier League midfielder was about to have his eyes opened to a part of the game he’d never experienced before.

Having come from behind to take their FA Trophy fourth-round tie against Yeovil to penalties, a familiar feeling was beginning to take over Kevin’s senses.

A confident penalty taker during his playing days, the Northern Irish international would be forced to experience the dreaded shootout from the opposite side of the fence – the managerial dugout. 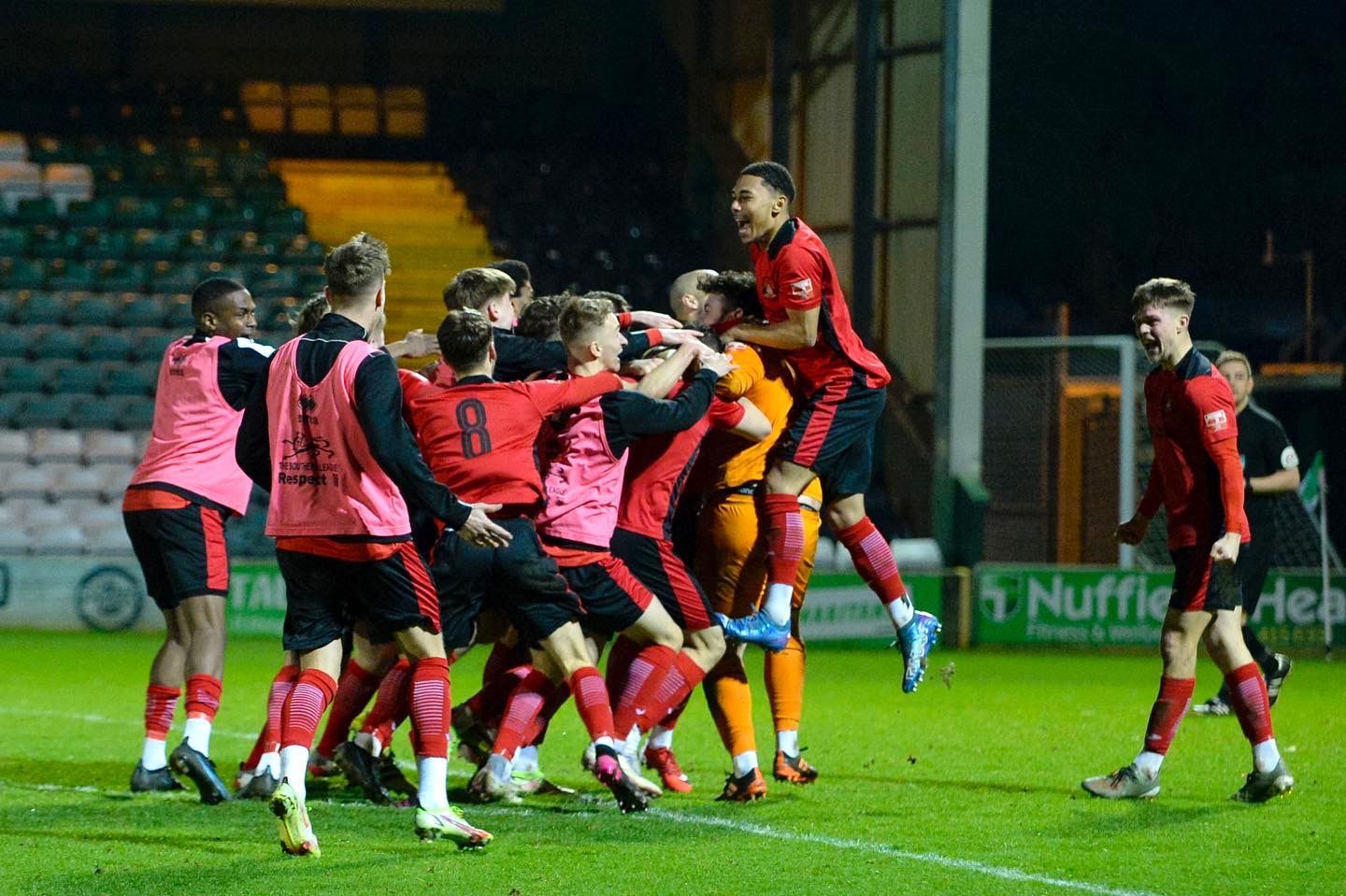 In nothing other than a pair of shorts, a rain jacket and his trusty bobble hat, the Needham boss nervously watched on as neither side were able to edge in front.

The allotted five kicks each came and went, as did the first few rounds of sudden death, before finally, a mistake. Much to Kevin and Needham’s delight, it was their club who progressed to the next round:

“It was a good coach journey I must admit. We had a few beers when we got home,” explains Kevin.

“Football is a cruel game, you have to enjoy the high points and we certainly did just that.”

For Kevin, it wasn’t the first time he’d experienced a high-pressure penalty shootout.

It was his 90th-minute strike that provided Manchester City with the platform to go on and mount a dramatic comeback against Gillingham in the 1999 Division Two playoff final.

With City cult-hero Paul Dickov popping up in the 95th minute to keep the Blues’ promotion hopes alive, Kevin admitted previous experiences of shootouts as a player helped him prepare his players for the contest against Yeovil:

“It was horrible to be on the opposite end of it all. Luckily enough, back in 1999 for City I scored my most important one.”

He sure did. Stepping up first for City in the shootout, a calm and composed Horlock slotted his spot-kick home with ease, leaving Gills’ goalkeeper Vince Bartram with no chance of a save, before saluting the travelling Blues’ faithful:

“I’ve missed penalties live on Sky Sports, I know the pressures of a shootout. Walking up things go through your mind, you don’t want to be the one letting people down.

“I just said to the lads, the ones I’ve missed in the past, I’ve changed my mind before connecting with the ball. Try your best to hit the target, and don’t change your mind.”

In the end, the advice proved invaluable, as Needham progressed at the expense of Yeovil, setting up another bumper tie in round five.

Date with Dartford for underdog Needham

Having gone head-to-head with a Yeovil side who only four seasons ago were competing in the Football League, the Needham boss was impressed with how his team handled themselves against fifth-tier opposition:

“We deserved it on the day. Whilst they may have had more possession, Yeovil didn’t really create many chances. We had the better chances and looked more likely to win it in 90 minutes.”

Williams missed. Needham are through.

Their reward for progression into the fifth round of the Trophy? A match-up against National League South high-flyers Dartford:

“We obviously go into this one again as massive underdogs. They’re possibly going to be in the National League themselves next season, but we’ll always have a chance.

“It’s brilliant for the club and the area, but we’re not turning up Saturday just to be part of an occasion. We want to progress into the next round and maybe even beyond that.”

Patience key for Kevin the manager

A trend across the last decade or so has been for ex-professional footballers to jump straight into management after retiring, without any certainties of success.

Ever the maverick on the field, it was perhaps no surprise to see Kevin take a more unconventional route into management:

“If I’m totally honest I thought I was Peter Pan and would play football forever. I had no real plan set up and when I stopped playing, there was no intention to stay in football.

“After spending some time at home not really knowing what to do, I started my own coaching company, working in schools with children and then it sort of just came out of nowhere.”

Having initially bounced around various roles at both academy and non-league level, Kevin took over as manager at Isthmian League Division One South side Chatham Town in October 2015, whilst also working as the assistant manager at the Northern Ireland under-21 side.

From Chatham, Kevin moved on to a role at Maldon & Tiptree, before eventually returning to the club he’d finished his playing career with, Needham:

“I’m actually really happy at Needham, I’ve already told the CEO I’ve no intention of leaving the club. Yes, I want to manage higher, but I want to do that with Needham.

“Plenty of ex-pros chase a dream and the grass isn’t always greener. I’m liked at this football club… I think that’s really important in this job.”

With preparations for the Dartford clash already in full swing, and a stellar 600 plus crowd expected at Bloomfields on Saturday afternoon, there was only one question left for Kevin to answer:

“The weather in Suffolk right now is very nice. If it stays like this, I will certainly be in shorts and a bobble hat.”

Whilst the rest of his backroom staff were wrapped up from head to toe during the Yeovil clash, Kevin opted for the braver route of shorts. 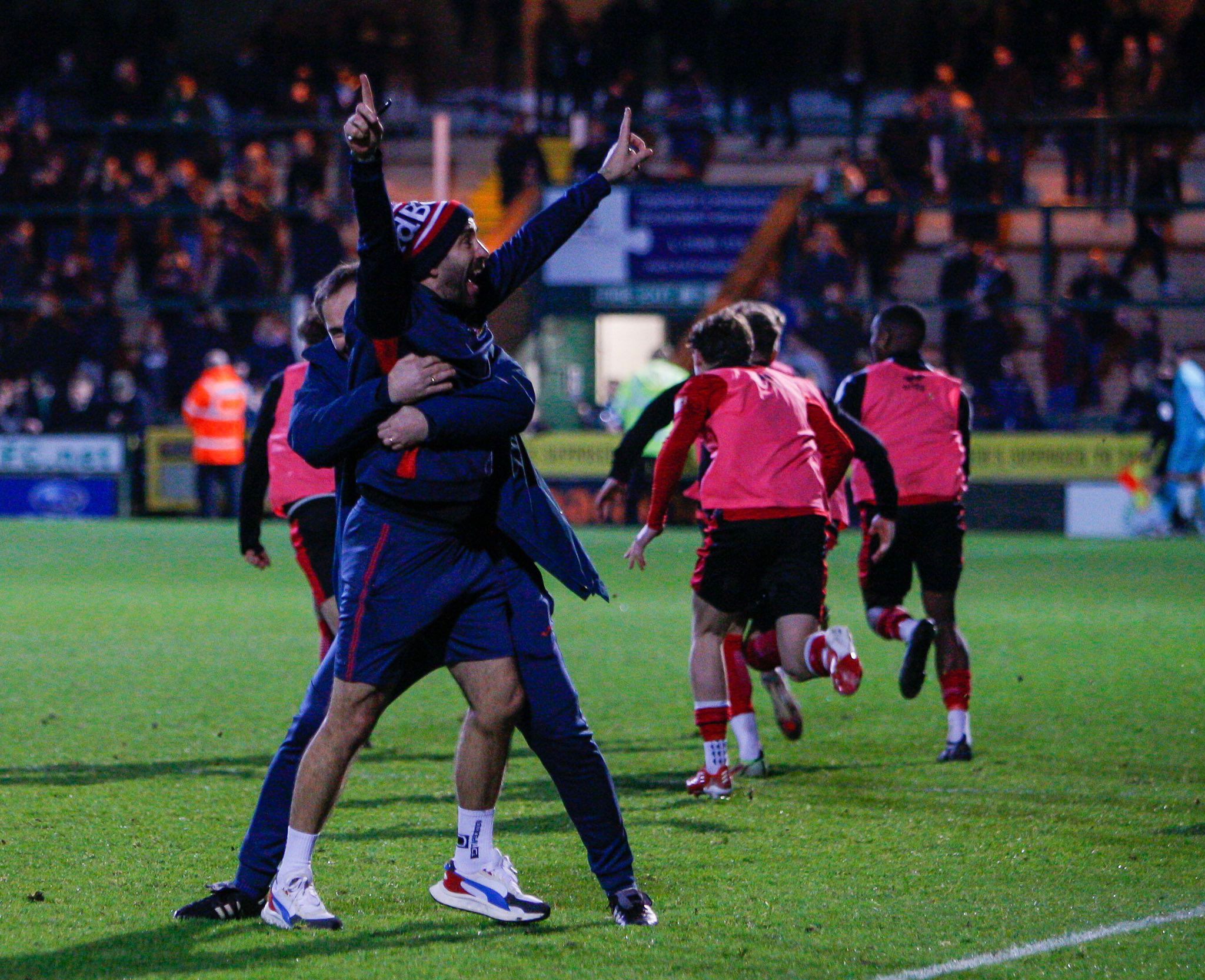 An interesting decision given the mid-winter conditions, the Needham boss hasn’t ruled out a last-minute change of plans:

“If the weather turns overnight, I might go a little bit soft and put tracksuits on. But the bobble hat will definitely be there.”