Mansfield's Tyrese Sinclair links up with dad Frank at Radcliffe

Tyrese Sinclair has joined Radcliffe on loan from Mansfield Town.

The 18-year-old attacking midfielder made his senior debut earlier this week, featuring in the 1-1 draw with Everton Under-21s in the Leasing.com Trophy. He signed a two-year professional contract with the League Two club at the end of July.

He now joins Radcliffe in the Bet Victor Northern League Premier Division on a month-long deal. The club are managed by former Manchester City striker Jon Macken, who was a Bosses' Lounge feature on here last season, while Tyrese's father and ex-Chelsea defender Frank Sinclair is assistant.

Mansfield manager John Dempster told the club's website: “This loan move will be really beneficial for Tyrese, who goes out on loan to get some men’s football.

“Over the period he’s been with us, he’s shown that he’s a technically gifted player who can score and make goals. But the next step for him is being able to deal with the physical demands of men’s football and he’ll certainly get those returns out of the loan move which we’ve set up with Radcliffe.

“We’ll be monitoring his progress closely,” 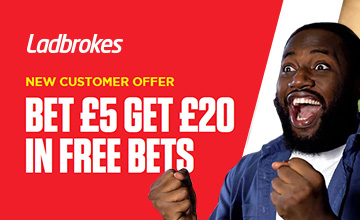