Marske United are used to punching above their weight - and manager Carl Jarrett wants to be playing FA Trophy rivals FC United of Manchester more regularly next season. 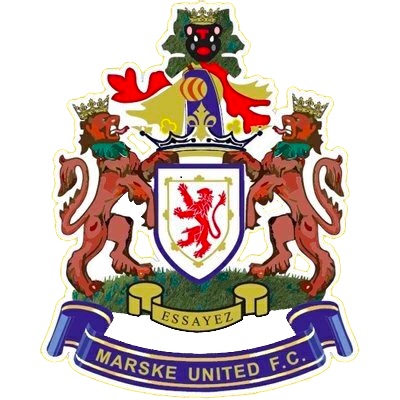 Marske looking to rock the boat once more

The Northern Premier League East side host Neil Reynolds’ Rebels in the competition’s first round today, hoping to add to their impressive list of scalps.

Should the NPL Premier side be beaten, Jarrett’s side will have knocked out three higher-ranked teams out of the FA Cup and Trophy combined this season.

NPL Premier highflyers South Shields and National League North outfit Chester were dismissed in consecutive rounds of the FA Cup.  Their run only came to an end at the hands of Gateshead, who needed a replay to progress.

The 50-year-old believes his side are more than capable of holding their own at Step 3 should they be promoted this season.  They are currently second in the table behind unbeaten leaders Liversedge - who handed them their only league defeat so far in August.

“We want to try and get into their league next year. We’ve had good runs against clubs above us - we seem to step our level up in those game. Everyone knows we’re very good at home.
I won’t take the game lightly because I know they’re a good team. They might have lost four in six, but the manager will want to put things right against us. We beat them in the last minute at their place the last time we played them. I’ve got to set my team up as normal and see what we can do.  These are the sort of teams you want to play against,” he said.

From the outside looking in, Marske are very much a club on the up.  Coming from a small village - Marske-by-the-Sea has an estimated population of just 8,100 - Jarrett knows his side are overachieving in relation to the resources at hand.

While league leaders Liversedge proudly proclaim that they’ve never been relegated, promotion rivals Marske are taking their recent step up in class seemingly in their stride.

In the year that the club celebrates its’ 65th birthday, Marske are enjoying life at Step 4. Promotion in 2018 saw the club reach this level of football for the first time.

“People don’t understand that we are just a fishing village, with a small population.  We took 550 fans away to Gateshead on a Tuesday night.
“The fans are a massive part of what we do here. We’ve sold 800-900 tickets already for the FC United game. There were over 1,300 here for the Gateshead game,” he said.

Jarrett - a builder away from the pitch - has been in charge at Mount Pleasant for seven years.

After two partial seasons competing in the NPL D1 West were scrubbed from the records because of Covid, Marske are thriving in the newly reimagined East division.

Long-serving players such as captain Adam Wheatley and Glen Butterworth help form the backbone of the side.  Ex-Barrow and Guiseley striker Adam Boyes has been in prolific form this season, with his 12 goals the most scored in the division.

Boyes’ antics have helped his side average almost three goals a game, with a 6-1 victory over Sheffield fresh in the mind.  That’s without the 7-0 demolition of Bridlington Town in this competition’s last round.

“I still have six to seven lads that were here in 2014. They understand how I am as a person and as a manager.  They’ve been loyal and stuck by me, and I’ve just had to bring in two or three each year.
“For me it’s important not to upset the balance by bringing in lots of players. If we do get promoted and make the step up, I know I will have to look at the squad again.  They have to be the right players who will fit into the group. We are a settled squad and that helps us.

“At the present minute we’re scoring a lot of goals. We scored after three minutes against Bridlington and it set the tone for the rest of the match.

“In football, wins don’t come every week so you enjoy them when they happen,” he said.

Chester win the biggest of my time here

The club’s reward for knocking out South Shields in the FA Cup was a home tie with Chester.

There may have been two divisions between the side, but Marske held their visitors to a 0-0 draw and a replay at the Deva Stadium.

Few gave Marske a chance in the replay, but they promptly stunned their hosts by dominating the game and winning 4-0.

It’s a result that’s even more impressive given the circumstances Jarrett and co were in with half an hour to go before kick off.

“We went to Chester with 13 men.  Of the two subs, one of them was 16. We didn’t have a coach booked, so some of the lads had to drive down. They couldn’t all fit on the transport we had.

“We didn’t get there until 7:10 for a 7:45 kickoff.  The teamtalk was cut short, the warmup wasn’t very good but we had to get on the pitch.

“It was mind-blowing coming away with that result, and to play really well on top of that.
“That was probably the biggest win I’ve had as Marske manager, given the opposition and the circumstances. You don’t think about what you’ve done until people talk to you about it,” he said.

Jarrett has the luxury of a near fully fit squad to choose from ahead of the FA Trophy game.