Trafford and Colne shared the spoils in a closely-contested opening day draw, a week before the sides meet again in the FA Cup preliminary round. 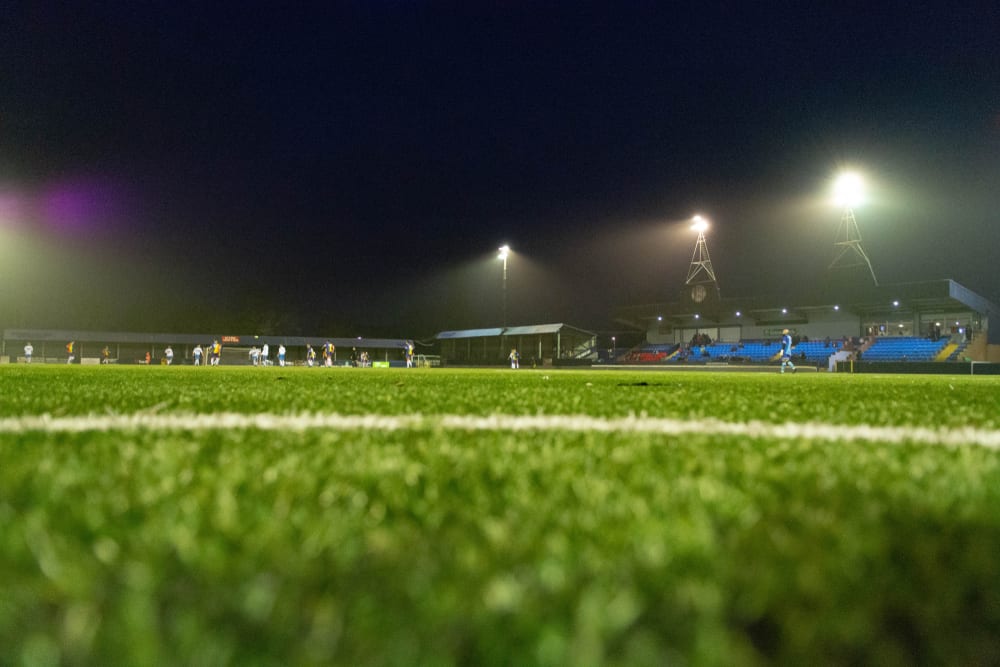 Point on the board

Both sides have a point on the board in the formative Northern Premier League Division One West table after Mike Burke’s debut goal was cancelled out by Reece Webb-Foster’s second half equaliser.

Former Trafford captain Oli Roberts lined up for the away side after making the move to Lancashire over the summer.

Colne started strongly, holding more possession without ever threatening Matt Cooper’s goal and the game quickly became cagey with neither side wanting to concede.

There were few clear-cut chances in the first half, with both sides putting in lots of effort but lacking any end product.

The half seemed destined to end goalless, but the deadlock was broken by Burke seven minutes before the break.

The goal came after a throw-in found Matty Morgan, who slipped the ball to Burke just inside the penalty box, who coolly tucked the ball into the corner of Hakan Burton’s net.

Suddenly the game burst into life, with the home side buoyed by taking the lead and the lively Miller was at the centre of many of their attacks.

There was a warning sign for the home side however with Webb-Foster blazing a shot narrowly over the bar.

Neither manager made changes at the break, with Colne pushing for an equaliser from the off, with Cooper punching away an effort early in the half to keep his side ahead.

Roberts nearly came back to haunt his old side shortly after, but the central midfielder scuffed his shot wide while in a promising position.

Cooper kept his side in it, twice denying William Hasler-Cregg at close range, smothering the ball to deny the striker.

Something had to give, and Webb-Foster took advantage of a rebound on 75 minutes after Cooper had initially denied the visitors once more.

The game became end to end as both sides went in search of a winner, but a draw was probably a fair result on the day.

Injury worries for both teams

Colne manager Nathan Rooney will be concerned that substitute Paul Dugdale had to be replaced himself 15 minutes after coming on, on a day where he could only name 3 substitutes.

Miller left the game with his arm in a sling, being replaced deep into injury time, a sad end to an eye-catching performance in which he was key to much of his side’s attacking intent.

Home manager Caldecott said: “A draw was a fair result, they probably just edged it if I’m being 100% honest. We didn’t get going at all in the first 20 minutes, for the rest of the first half we were a lot better. I’m happy we got our noses in front, and I encouraged them to replicate what they’d done in the second half. Unfortunately we never got going after the break, there seemed to be first-day nerves and some really out of character decision making. “We’ll take the point and the positives, but I’m devastated for Curtis Miller. He’s dislocated his shoulder at the end of the game, we’ll wait and see how he is but it doesn’t look good. “I want us to give a proper account of ourselves next week. After spending preseason with this squad I know what they’re capable of.

“We’ll regroup and see what we can do on Tuesday night against Leek Town.”