NLN | Brackley and Gateshead stumble as title race hots up

Both Brackley Town and Gateshead dropped points in the National League North title race, as the gap at the top shrinks once again. 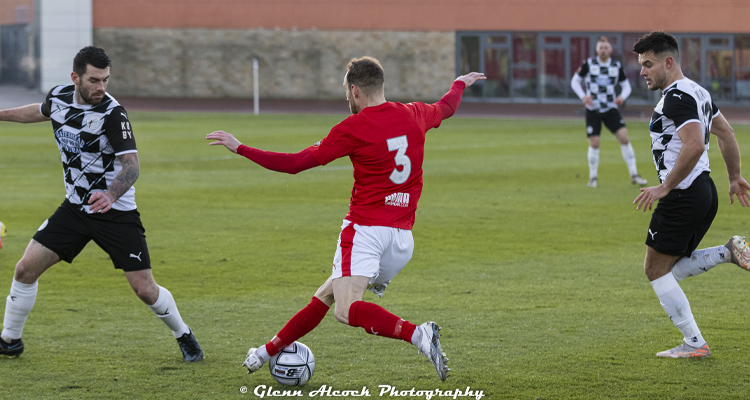 National League North leaders Brackley Town slumped to a second defeat in three matches, as Kettering Town triumphed 3-1 in the pair’s first match of the year.

Chris Smith sent the hosts on their way midway through the first half, before Callum Powell added a second for Kettering after the break.

A Jordan Cullinane-Liburd strike on the hour mark set up a nervy end to the contest, as Brackley searched for a decisive equaliser, only for Harrison Neal to seal the points for Kettering late on.

Gateshead put to the sword by splendid Spartans

Looking to capitalise on Brackley’s slip-up, a victory would’ve taken Gateshead top of the National League North, only for the Tynesiders to lose 2-1 at relegation-threatened Blyth Spartans.

Paul Blackett netted the afternoon’s first goal after just 15 minutes, setting up what many thought would be a comfortable afternoon for the league’s in-form side.

Looking to steer clear of the drop zone, JJ O'Donnel levelled it for Blyth, before Robert Dale made it 2-1 from the spot before the break – that’s how it would end in the North East, as the Spartans take a giant leap away from the relegation zone.

Alfreton Town cut the gap to one point between themselves and Boston United, after the Reds edged a five-goal thriller.

Racing to a two-goal lead, Conor Branson opened the scoring for Alfreton in the first half, before Bobby Johnson added a second just moments later. The deficit would be halved by Boston midway through the second period, with Jordan Preston firing the hosts back in it.

It had looked as if Bailey Hobson’s strike to make it 3-1 would be enough to see Alfreton across the line, but a Danny Elliott penalty sent the nerves jangling a little bit. It’s now just one defeat in the last six for the Reds, as they climb the National League North table.

Struggling AFC Telford were unable to take three points against 10-men Chester, leaving the Shropshire-based club marooned at the foot of the division.

Having enjoyed life under Steve Watson so far, it looked to be another enjoyable afternoon for Chester when Paddy Lacey fired the hosts ahead.

That feeling would soon disappear when Simon Grand was sent off just after the break, with Telford only able to find an equaliser, when Brendon Daniels levelled things up in the second half.

Gloucester City took a huge step towards safety with their slender 1-0 victory over a disappointing Leamington outfit.

Ben Gerring netted the only goal of the game early in the first half, with Lee Mansell’s men holding out to secure the three points.

It leaves Gloucester a comfortable but not convincing six points above the relegation zone, whilst Leamington’s stuttering season will continue in mid-table.

Neither Guiseley or Farsley Celtic were able to find a breakthrough, as the pair played out a 0-0 draw at Nethermoor Park.

Chasing points to drag themselves away from the relegation fight, a goalless first half left the two with it all to play for in the second half.

Guiseley will no doubt have finished the afternoon the more disappointed, after a Tyler Walton red card gave the hosts 10 minutes with an extra man.

Thinking of putting a National League bet on this weekend, check out our best bookmakers before you do.

A recent move to Gateshead has suitably stirred the imagination for Jordan ...