The National League season began on Saturday and Greater Manchester’s sides had mixed fortunes on the opening day. 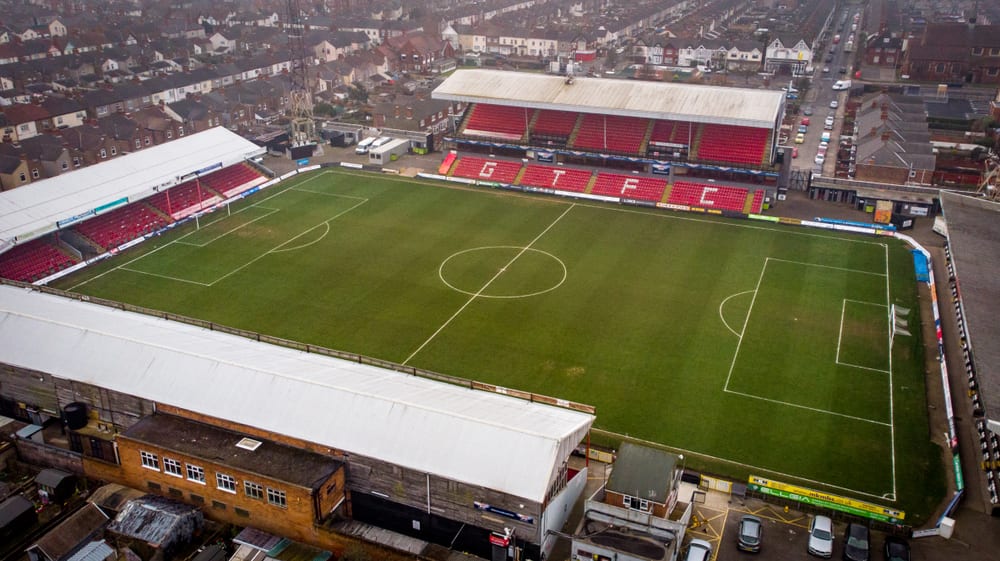 Altrincham began the season with a 3-1 win over last season’s runners up and beaten play-off finalists Torquay United.

The Robins made the long trip down to Devon and returned with three points. Alty were 2-0 up within the first 20 minutes. A competitive debut goal from new signing Marcus Dinanga on 14 minutes, quickly followed by another from Connor Kirby got Phil Parkinson’s side off to a dream start.

An own goal from Will Hannigan gave the away side some jitters with 15 minutes to go, but Toby Mullarkey’s goal six minutes later sealed a fantastic result for the visitors.

Simon Rusk’s Stockport County side may be among the title favourites, but fell to a surprise opening day 3-1 defeat to Dagenham & Redbridge.

With a crowd of over 5,000 packed into Edgeley Park, John Rooney gave the home side the lead within the first ten minutes and the Hatters looked to be well on their way.

That was as good as it got for the home team, with Dagenham pulling level before half time through Will Wright’s free kick.

The Daggers silenced the home crowd with two quickfire goals in as many minutes, with Josh Walker and Matt Robinson giving them a two goal advantage and firm control of the match.

Hatters captain Liam Hogan Tweeted: “Yes absolutely far from being acceptable. No hiding away. Poor start. We stay together.”

Curzon start with a point

Curzon Ashton made a delayed start to their National League North season and have a point on the board after a 1-1 draw with Guiseley.

Steve Cunningham’s side should have started their campaign last week, but several Covid cases in scheduled opponents Chester’s squad put paid to that.

Alex Curran joined the club on a permanent basis over the summer after a successful loan spell and opened the scoring before half time.

Defender Scott Wilson marked his competitive debut for the club with an unfortunate own goal early in the second half, and despite having the majority of the chances the home side couldn’t get back into the lead.

Defender Marcus Poscha was awarded the man of the match award having come back onto the pitch after receiving lengthy treatment for a broken nose.

Stockport are in action on Saturday evening at Southend United in a televised late kick off game.  Recently relegated Southend opened their season with a narrow 1-0 win over King’s Lynn Town.

Altrincham have no game on Saturday and travel to FC Halifax on Bank Holiday Monday.

Curzon are in action on Tuesday night playing their game in hand away at Chester.