With calls for the fifth tier to form part of the English Football League, we explored what a regionalised League Two would look like, including the current teams in the National League.

In an exclusive interview with nonleaguedaily.com, Torquay United manager Gary Johnson admitted he believed the National League should be rebranded as the EFL League Three.

The move would see what is currently the fifth tier absorbed by the Football League, thus no longer making part of the non-league pyramid.

Both the National League North and South would therefore become Step One in non-league, with the following divisions all being moved up a step. 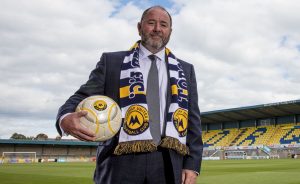 Johnson’s claims split opinions online, with some supporters welcoming the move, whilst others believed it would be damaging to the game:

“It would make getting promoted to the football league easier”

“Decreases the prestige of the EFL. So no.”

“I don’t disagree with Gary’s Johnson’s view, but what would happen to National League North and it’s Southern counterpart? Would they become EFL 4 - North and EFL4 - South?”

The proposal from Johnson may throw up more questions than it does answers, supporters did pose some interesting structural points about what the new-fangled League Three might look like:

“Should be 3 up 3 down across all leagues and divisions”.

However, perhaps one of the most interesting propositions was that the fourth and fifth tiers should merge to create a joint fourth tier, with leagues regionalised between the North and South.

Whilst unlikely to ever come to fruition, it does pose the question, which sides would fall into the North or South leagues?

Based on rough geographical estimates, League Two North and South could look something like this: