Title hopefuls Wrexham were handed an unwelcome blow to Notts County, whilst Aldershot Town edged a thrilling derby encounter away to Woking. 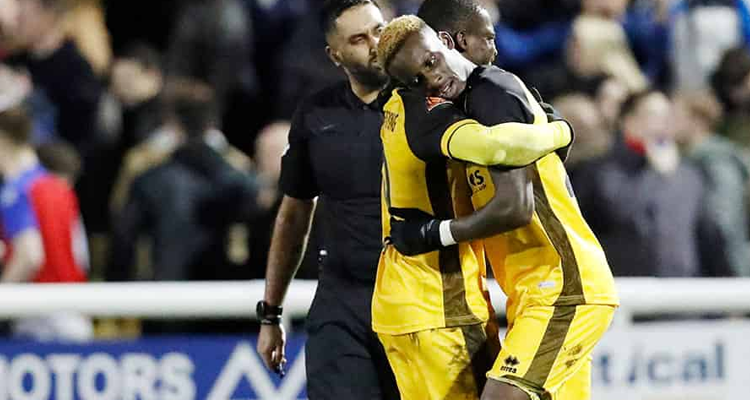 Notts County came from one-goal down to take three points off a 10-men Wrexham, with what could prove to be a crucial afternoon in the National League title race.

NonLeagueDaily — By Betting.co.uk
🏟️ A strong contingent of 1,992 Wrexham supporters made the trip to Notts County today. Great effort. https://t.co/DxkCQ2skHv 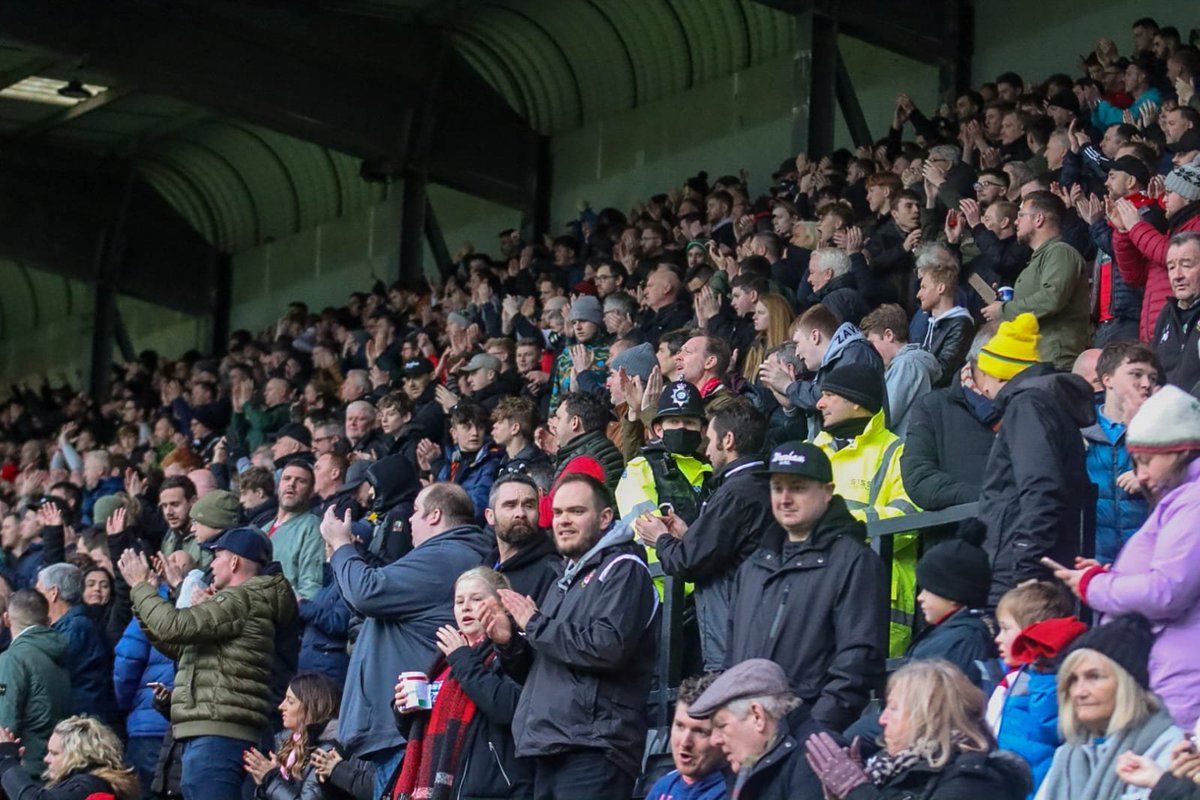 A Reece Hall-Johnson wonder strike had given the visitors a lead after just four minutes, which would be cancelled out by Kyle Wooton’s spot kick only six minutes later.

Harry Lennon saw red in the build up to the penalty being given, with Notts County’s man advantage allowing them to go on and steal the three points – Wooton netted a second before the break, before Jayden Richardson secured the win midway through the second half.

National League leaders Chesterfield displayed the personality of champions, as they squeezed past a struggling King’s Lynn Town 1-0 on New Year’s Day.

Amos Murphy
Chesterfield’s 1-0 win over King’s Lynn was the 18th consecutive match they’ve scored in. Only one side have kept a clean sheet against them this season. Next up for the Spireites? European Champions Chelsea. https://t.co/0UkpLOB8F6 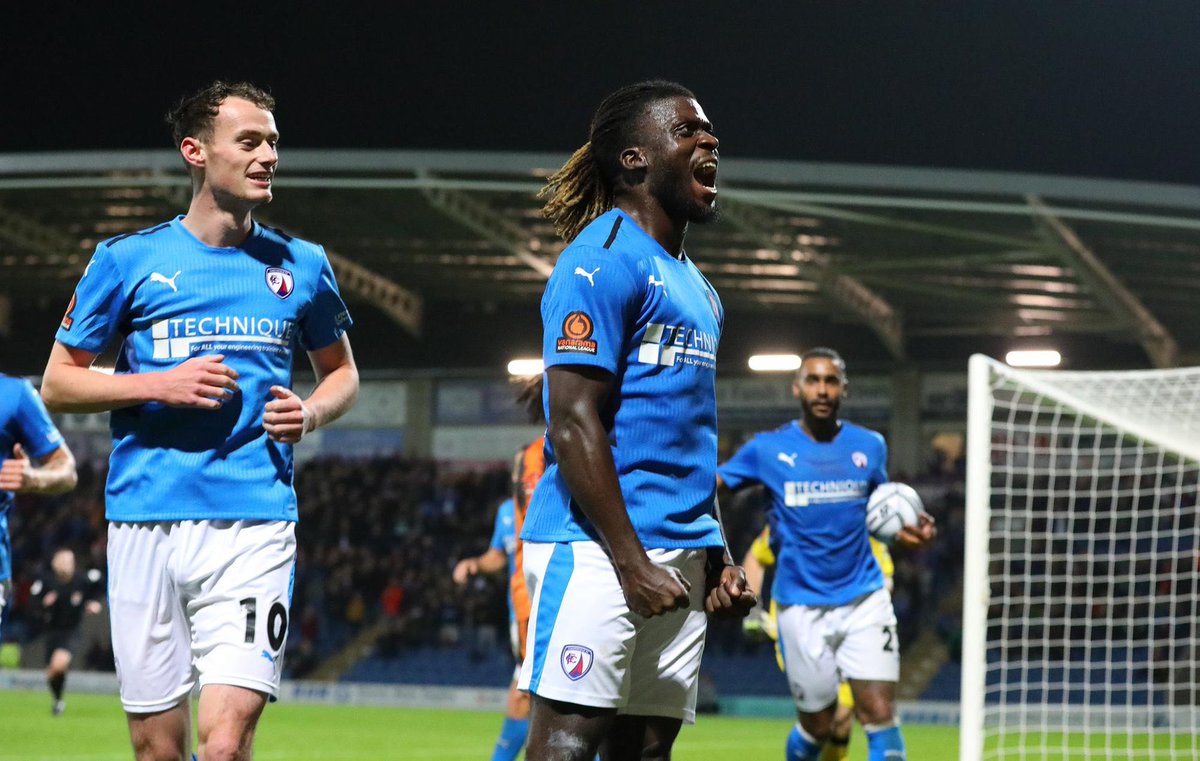 After a goalless first half, Liam Mandeville’s strike sent a packed Technique Stadium into raptures, ensuring the Spireites remain top of the tree.

It’s now 18 consecutive games Chesterfield have found the net in, with Dover Athletic the only side to keep a clean sheet against James Rowe’s men.

A dramatic derby between local rivals Woking and Aldershot finished the way of the visitors, as the Shots edged a 3-2 thriller. 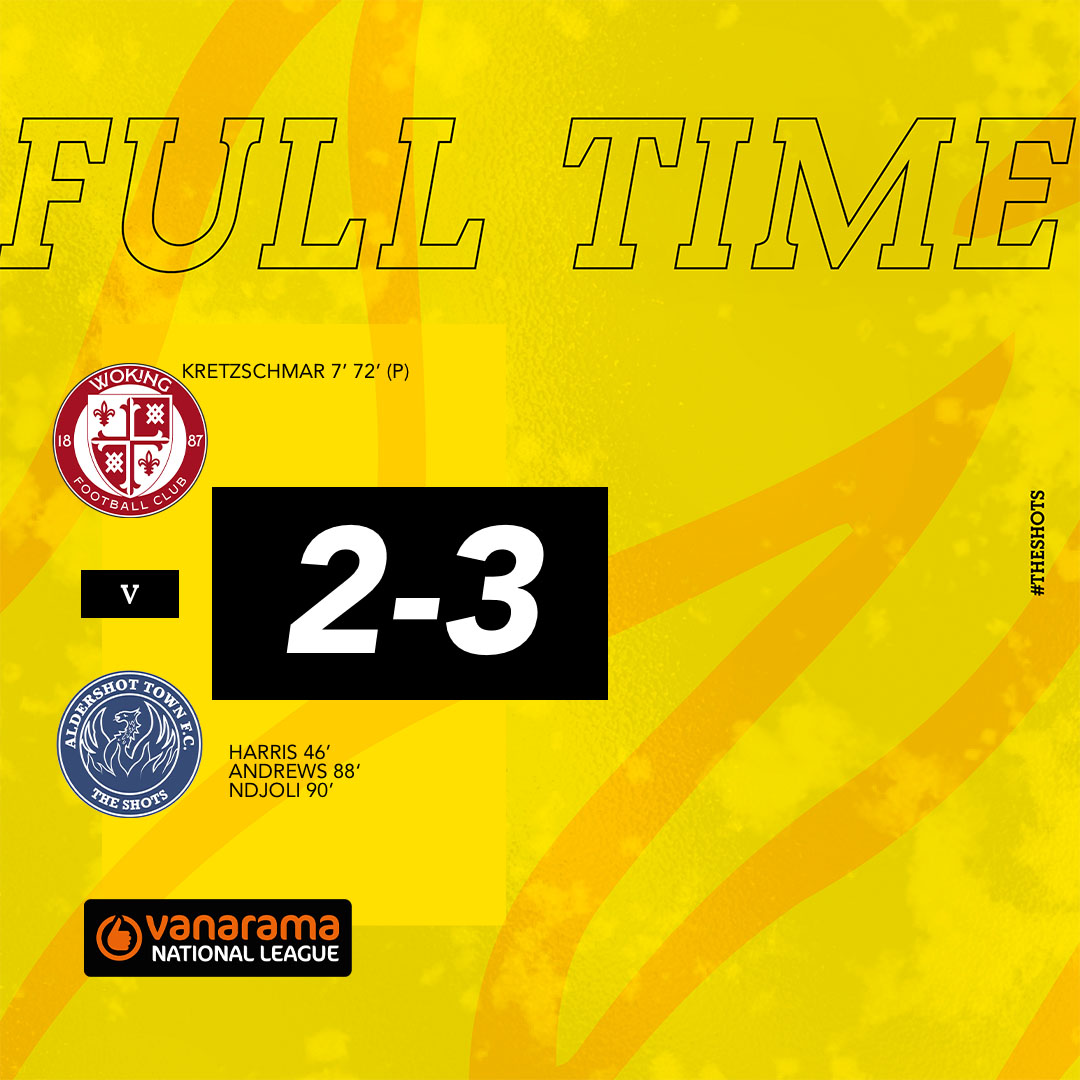 An early goal from Max Kretzschmar saw Woking lead at the break, only for parity to be restored, when Jayden John-Lloyd Harris’ levelled it just after the restart.

Kretzschmar restored Woking’s lead shortly after, with Corie Andrews equalising with a questionable penalty two minutes from time, providing the platform for Mikael Ndjoli to net a 95th-minute Aldershot winner.

Torquay United left it late against Yeovil Town, but the Gulls came from behind to secure a memorable victory at Huish Park.

No goals in the first half left it all to play for in the second, with Jordan Barnett netting the opener for Yeovil just after the hour mark.

Trailing with 15 minutes to play, Connor Lemonheigh-Evans levelled things up for the visitors, with Dan Holman netting a winner one minute from time.

Having come from two goals down, Weymouth were left heart-broken when Eastleigh scored a winner in the 93rd minute.

Goals from Tyrone Barnett and Christian Maghoma either side of the break saw Eastleigh into a comfortable 2-0 lead, but a red card to midfielder Jake Hesketh allowed Weymouth a route back into the clash.

Scoring twice with only 10 minutes to play, it had looked as if Josh McQuoid and Brandon Goodship were to rescue a point for Weymouth, only for Danny Whitehall to pop up in added time with the winner.

Dover Athletic were unable to kick 2022 off with a positive result, as they slumped to their 18th defeat of the campaign away to Dagenham & Redbridge.

Junior Morias opened the scoring for Dagenham, before Josh Walker netted in front of half time to double the hosts’ advantage.

Halving the deficit after the break, Alfie Pavey’s strike looked like it could’ve paved the way towards an unlikely comeback, but Myles Weston restored their two-goal advantage midway through the second half.

Boreham Wood’s hopes of being crowned National League champions took a blow, as the Wood stumbled to a 0-0 draw at home to Barnet.

Neither side were able to find a breakthrough during a wet and windy afternoon in Hertfordshire, with Boreham Wood now four points behind leaders Chesterfield.

For Barnet, their resurgence under Dean Brennan continues, with the Bees an outside shot for a second-half of the season playoff push.

Thinking of putting a National League bet on this weekend, check out our best bookmakers before you do.

With the new National League season just around the corner, Non League ...

Stockport County struck four away to Wealdstone, whilst there were wins for ...