NLN | Fylde look to sail clear, with six-pointer for Bradford and Bucks

Whilst much of the non-league world divert their attention to the weekend’s FA Cup action, a number of National League North encounters are set to take place, with some key match-ups scheduled. 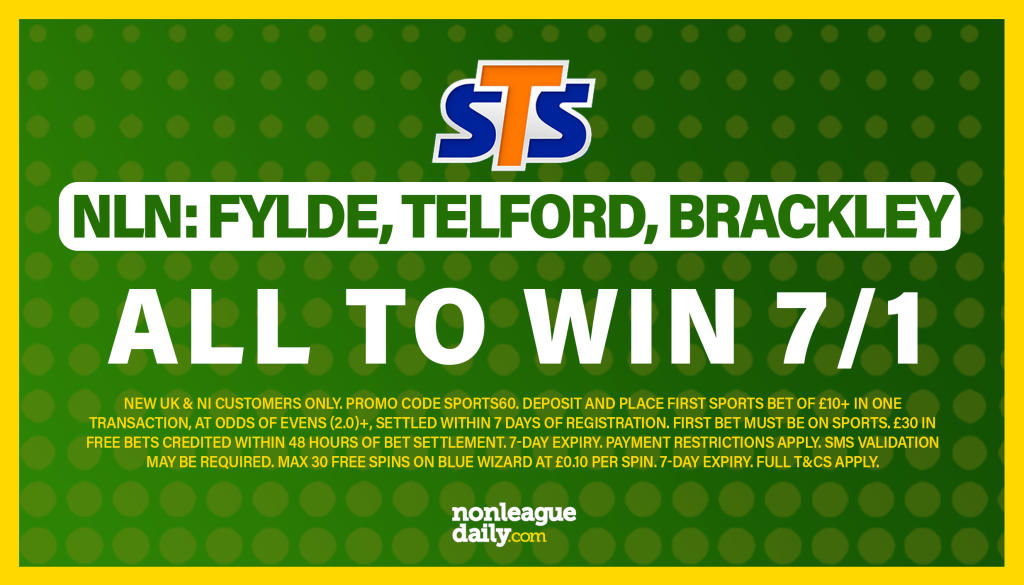 Having dropped out of the division in the curtailed 2019/20 campaign, AFC Fylde look set for a return to the National League when the season concludes, with the Coasters four points clear at the top of the sixth-tier.

Granted, they have played two games more than second-placed Brackley Town, but with experience of getting out the league in the not-too-distant past, Fylde remain most people’s tips to clinch the title.

No side in the league has scored more goals than Jim Bentley’s side, whilst only two teams have conceded fewer goals and they’ll be keen to maintain their lead at the top of the table when they travel West to Curzon Ashton.

Curzon themselves had started the season in fine fashion, but let go of promising manager Steven Cunningham in mid-October, with many questioning whether they could continue their strong form.

Adam Lakeland is the man tasked with building on the Nash’s promising start, but Fylde at home is not who the former Farsley Celtic boss would’ve wished for in his opening match.

Fylde are favourites to take the three points at 21/10, whilst three of the previous five meetings saw only one of the teams score, making both teams to score – NO a potential money maker at 5/4.

All of the odds in this article come courtesy of STSBet.

Brackley will travel to Farsley looking to keep pace with the leaders Fylde at the top of the division and they’ll be keen to take advantage of Celtic’s manager-less perils on Saturday afternoon.

Since being announced as Curzon manager two weeks ago, Farsley are yet to replace Lakeland in the dugout, with their upcoming clash against second-place Brackley set to be a difficult task.

Inconsistent form has seen Farsley spend much of the season floating around the mid-table positions and with relegation an unlikely prospect for Celtic, they’re an outside shot at creeping into the playoffs.

For Brackley, the playoffs will no doubt be the bare minimum come the end of the season, with a first-ever promotion to the fifth tier their targets for the campaign.

It will not be a formality for the Northamptonshire side, as they are without a win in their previous two meetings against Farsley, with Celtic a healthy 11/10 to win or draw the game.

If you fancy the away side to get the full three points, they come in at 13/10 to win, whilst Brackley to score the first goal is tempting 47/100.

Away from the push for promotion, a cutthroat relegation battle is developing at the foot of the table, with a six-pointer between Bradford Park Avenue and AFC Telford one of the weekend’s standout fixtures.

Should other results go against them, the losers of this tie could find themselves in the bottom two by the end of play on Saturday afternoon, with the pair currently separated only by goal difference.

On nine points a piece, Bradford PA are the side currently lowest in the table and they will be looking to take three points to jump above Telford.

It won’t be an easy task for Bradford PA, as they are winless in matches against Telford since December 2018, having lost all three of their previous encounters.

Telford will use that record as encouragement, as they too look to distance themselves from the relegation scrap, with a mini unbeaten run starting to develop itself for the Bucks.

Coming in at 11/10 to extend their winning run over Bradford PA, double chance for Telford may also be a sensible shout, with the Bucks 2/7 to avoid defeat.

For the hosts, Bradford PA are 11/5 to take victory on Saturday, whilst both teams to score comes in at 3/5 with STSBet.