NLS | Maidstone United up to second with big win 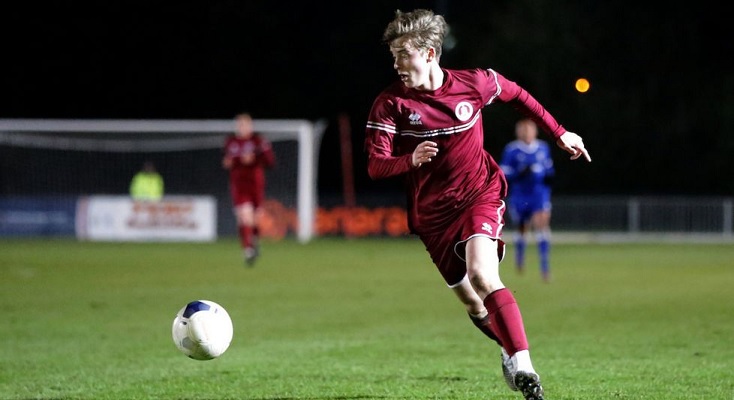 Maidstone United too good for Wings

Welling had taken the lead early on through Dipo Akinyemi, but that was as good as it got for Peter Taylor’s side.

Second half goals from Jack Barham and Gavin Hoyte wrapped up the three points for Hakin Hatrettin’s in-form side.

The Stones are level with leaders Oxford City on points, and only trail on goal difference having played the same number of games.

Dartford blew their chance of reclaiming top spot after being held to a 2-2 draw at struggling Braintree Town.

A late fightback at least secured a point for Steve King’s side with Jake Robinson’s penalty and Jack Jebb’s injury time equaliser.

Braintree were 2-0 up with ten minutes to go, with goals from Gabriel Piorkowski and Gio Crichlow putting The Iron into a surprise lead.

Second bottom Braintree will feel hard done by not to take all three points but this point could be crucial in their bid to climb away from the drop zone.

Dartford have dropped to fourth, although they have a game in hand on both Oxford City and Maidstone.

Elsewhere, Ebbsfleet United were held to a 0-0 draw by bottom club Billericay Town.

Chippenham Town moved into the playoff places with a 3-0 win at Hungerford Town.

After a goalless first half, Chippenham stepped up a gear after the break with Luke Russe opening the scoring.  Harry Parsons hit a brace late on to seal the win.

This result sees Chippenham leapfrog Hungerford in the table, albeit that the Bluebirds have played at least two games more than any other side this season.

It’s been a good few days for Chelmsford City, whose 3-1 win over Concord Rangers sealed consecutive victories for the first time this season.

The Clarets have moved up to 17th in the table, and further distanced themselves from the relegation zone.

Lamar Reynolds had put Concord ahead within the first couple of minutes, with Cameron James levelling the scores just before half time.

Tom Blackwell gave Chelmsford the lead for the first time after 53 minutes, with Reggie Gregory scoring his first senior goal with one minute left on the clock.

Rest of the action

Slough Town picked up three points with a strong second half performance in a 4-1 win over Hampton & Richmond Borough.

With the game goalless at the break, quickfire goals from Tyler Goodrham and Matt Lench put Slough in the driving seat.

Lench then turned provider for Aaron Kuhl and Guy Hollis, with Jorome Slew netting a consolation in the last ten minutes.

The games between Dulwich Hamlet and Dorking Wanderers, Eastbourne Borough and Tonbridge Angels, and St Albans City and Oxford City were all called off.

As we move into January, St Albans have only played 14 games, with 26 ties to fit in in the remaining half of the season.

Look beneath the label - In depth with Dulwich's Dom Vose

As peers past and present will attest to, Dominic Vose's credentials have ...