St Albans City are now within a point of leaders Dartford after a day of late drama in the National League South. 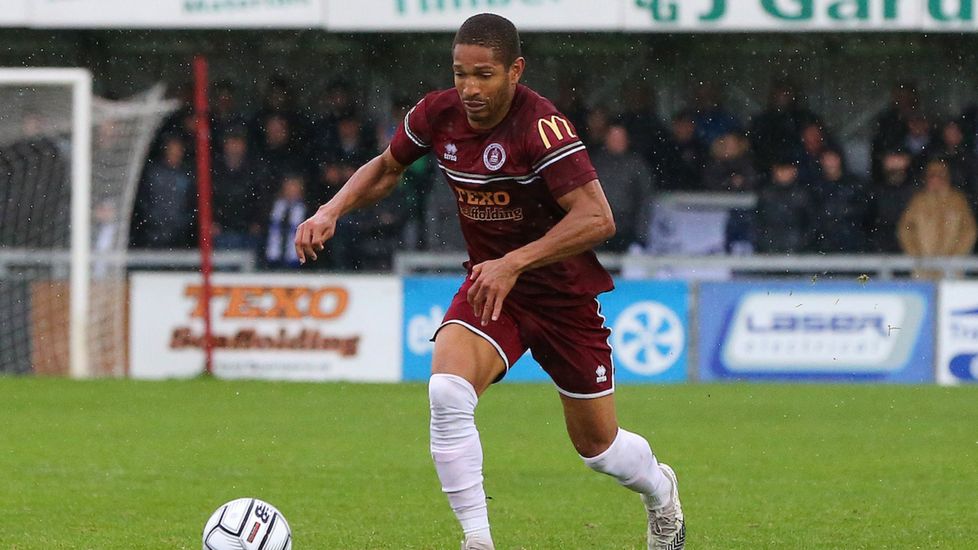 Ian Allison’s side came from behind to beat Eastbourne Borough 2-1, with Mitchell Weiss picking up the winner three minutes from time.

Johnny Goddard levelled the game after 81 minutes, before Weiss sealed a memorable victory late on.

Dartford fell to a first defeat of the season at Dorking Wanderers thanks to a late own goal.

Wanderers have now extended their own unbeaten run to four games.  Dartford may be league leaders, but that’s now two games without a goal and they will need to recover quickly. They travel to Concord Rangers on Tuesday night.

The day’s best entertainment was to be found at Champion Hill as Dulwich Hamlet beat Hampton & Richmond Borough 4-3.

Jack Holland’s 89th minute winner finally sealed victory for the home side, who twice took the lead and even found themselves 3-2 down at one stage.

Danny Mills’ brace twice gave Hamlet the lead, with Ryan Gondoh and Kyron Farrell levelling the score to 2-2 after only 21 minutes.

Borough led the game for five minutes thanks to Charlie Wassmer, and the game looked to have settled after Ronnie Vint’s equaliser on the hour.

Holland’s late winner has moved his side into the playoff and ahead of today’s rivals.

Oxford City are up to third after picking up a 2-0 win at Tonbridge Angels.

Joe Iaciofano scored one and made the other for George Harmon as his side moved up to third.

Oxford are now unbeaten in six, and are one place ahead of Dorking in the table on goal difference.

Ryan Seager’s injury time winner sealed his hat-trick and all three points for his side as Hungerford United beat Maidstone United 3-2.

Hungerford were 2-0 up within half an hour, but were pegged back by Maidstone’s Sam Corne in first half injury time.

Joan Luque levelled the game midway through the second half, but Seager broke Maidstone's hearts late on.

The two clubs find themselves in contrasting form in the league, with Hungerford unbeaten in four, while Maidstone have gone as many games without a win.

Havant & Waterlooville survived a late scare to pick up a 3-2 win at Chelmsford City.

Five goals were scored by just two players, with Jake McCarthy’s second half hat-trick enough to take all three points for the visitors.

Simeon Jackson had put the home side ahead, a lead Chelmsford took into the break. McCarthy scored three times in 13 minutes to totally change the game.

Jackson’s 90th minute consolation for the home side may have shredded a few nerves, but it’s a first win in three for Paul Doswell’s side.

Captain Kieran Parselle gave Chippenham a halftime lead, but Myles Anderson cancelled this goal out with his late equaliser.

Slough Town and Concord Rangers  had to settle for a point apiece in a 1-1 draw.

Danny Green’s injury time equaliser earned a point for Rangers, after Alfonso Tenconi put Slough ahead in the first half.

Elsewhere, Ebbsfleet United’s game with Bath City was called off on Friday after a positive Covid test in the Bath camp.

By Joshua Thorp Non-League day proved to be a success once again and the ...

The National League South continues apace this Saturday with a near-complete fixture ...

Dorking Wanderers’ lead at the top of the National League South is ...

Oxford City are the new side on top of the National League ...