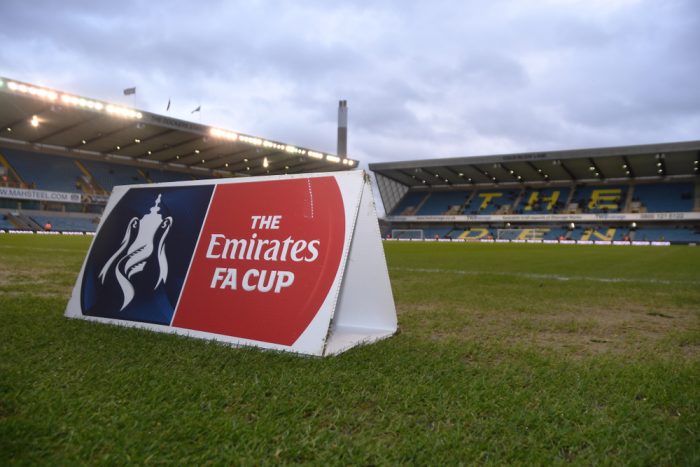 After a weekend of both elation and heart-break for teams up and down the country, the FA Cup 2nd Round shined light on the graft and spirit of clubs within the Non-League pyramid.

County crashed out of the FA Cup with their heads held high after a narrow defeat to League One leaders Rotherham United at the New York Stadium.

Michael Smith netted the sole goal on the brink of half-time; a simple tap-in from Ollie Rathbones cross into the area created an advantage that County were unfortunate not to overturn.

Stockport came agonisingly close to equalising, Paddy Madden converted a fine free-kick into the box, however his headed goal was ruled for offside.

The final whistle ended the Hatters memorable tournament and saw Rotherham advance towards the 3rd Round stage for a 4th consecutive season. Despite defeat, the performance and the result from County surprised their opponents who sit 55 places above them in the football pyramid.

Manager Dave Challinor will take many positives from his sides display and will aim to bring the momentum forward into this weekend’s clash at Torquay United in their quest for National League success.

United will travel to Loftus Road to face Queens Park Rangers in the 3rd Round of the competition.

Charlton Athletic brushed aside an energetic Gateshead team of the National League North thanks to a brace from forward Jaydon Stockley, who so far has 4 goals in the tournament.

The away side broke the deadlock on the half-hour mark, Conor Washington crossed the ball into the area from an extremely tight angle, with Stockley heading in from close range.

Adam Campbell came close to bringing the Tynesiders back into the fixture with a double attempt at goal. The first shot was deflected off the hand of Charlton keeper Stephen Henderson. The rebounded effort was shot wide, stirring up excitement at both ends of the field.

Despite efforts for a Tyneside surprise, the Addicks doubled their advantage in the second half, a header from Ben Purrington inside the box fell to Stockley who volleyed into the bottom corner to end the cup run for their opponents.

Charlton will next host Premier League side Norwich City who enter the competition at the 3rd Round stage.

Underdogs Buxton entered the game being the lowest ranked team remaining in the competition. This only fuelled The Bucks in what was a spirited attempt to cause a memorable shock against Morecambe.

Bucks top scorer Diego De Girolamo startled the League One side, striking the post with a powerful shot from just outside of the box.

However, Morecambe forward Cole Stockton scored the decisive goal in the latter stages of the first half. Following a defensive scramble in the area, Stockton pounced on the ball amidst the crowd of Buxton defenders, firing into the bottom corner.

Despite the teams being separated by four divisions, Buxton dominated possession in the early stages of the game, obtaining an impressive 46% of the ball overall.

The Shrimps have been rewarded with a glamourous tie away to Tottenham Hotspur, a setting which will feel very different to that of the Silverlands Stadium.

Yeovil Town gave their home fans something to cheer about with a sweet victory against League Two strugglers Stevenage. Even though the Glovers were not dominant in either possession or shots at goal, they made the most of their chances to advance into the next round.

Stevenage were the side to get the show running, with Jack Reeves sending a free kick towards goal. The ball was sent towards Yeovil keeper Grant Smith, who made a fantastic stop before palming away a rebounded effort over the crossbar. A further free kick was sent towards Luke Prosser, who fired his shot into the stand.

Charlie Wakefield changed the fortunes for the Somerset side just after the break. A run from forward Lo-Everton created space, passing to Wakefield who had positioned himself well. His low-driven shot into the corner beat the Stevenage keeper and put Yeovil on their way towards an upset.

The Glovers have been rewarded with their next tie coming up against Championship promotion chasers Bournemouth at Huish Park.

National League leaders Chesterfield pulled off a satisfying shock against League Two side Salford City which has opened the gate to the biggest fixture in their recent history.

Liam Mandeville broke the deadlock for the away side in the 28th minute; an incredible long-range strike from the edge of the area clipped off the cross bar and fell into the bottom corner.

Salford defender Ashley Eastham came agonisingly close to cancelling out Chesterfields lead, sliding into the face of goal in an attempt to connect with the ball from a corner.

The Spireites all but secured their victory in the closing stages of the second half. Adding to his assist for the first goal, James Kellermann connected with a well-placed pass from Kabongo Tshimanga before smashing the ball into the roof of the net from close-range.

Chesterfield now travel to Stamford Bridge to face the 8 time FA Cup winners Chelsea in what will be a huge occasion for manager James Rowe and his team. The National League side will plan on preventing the West London giants from making a routine charge towards the later stages of the tournament.

In the first of two Non-League clashes over the 2nd Round, Kidderminster surprised FC Halifax who sit comfortably in the league above them. Two early goals were enough for the Harriers to advance into the 3rd round for the first time since the 2013/2014 season.

The Harriers converted again for the second time inside of the opening 20 minutes. Following an acrobatic header from defender Jack Senior in an attempt to clear the danger, Kidderminster reclaimed possession inside of the area. Club top scorer Ashley Hemmings turned with the ball and fired into the roof of the net, leaving Halifax with a mountain to climb.

Kidderminster will now host Championship side Reading FC at Aggborough who will be keen to claim a famous victory.

Being the last remaining National League South side left in the tournament, St Albans City travelled to Meadow Park to face their high-flying Hertfordshire neighbours Boreham Wood. Despite enjoying a dominant 61% possession, The Saints were not clinical enough in what became a thrashing in front of the cameras.

Wood midfielder Josh Rees opened the scoring in the 25th minute, picking up a fumbled clearance close to goal. The midfielder took advantage, sending a low-driven shot into the back of the net. Rees added to his tally in the early stages of the second half, heading in a perfectly timed cross from Kane Smith.

Jacob Mendy secured the victory for Boreham with a powerful header halfway into the second half, preventing any potential comeback from St Albans.

The cherry on the cake came late into the game for Boreham, Adrian Clifton gifted manager Luke Garrard with a powerful finish and a statement win.

The Wood will host League One side AFC Wimbledon in the next round of the competition.