It was another goal-filled day for Greater Manchester’s sides in the North West Counties League Division One North, although Bury AFC and Chadderton both lost their 100% records. 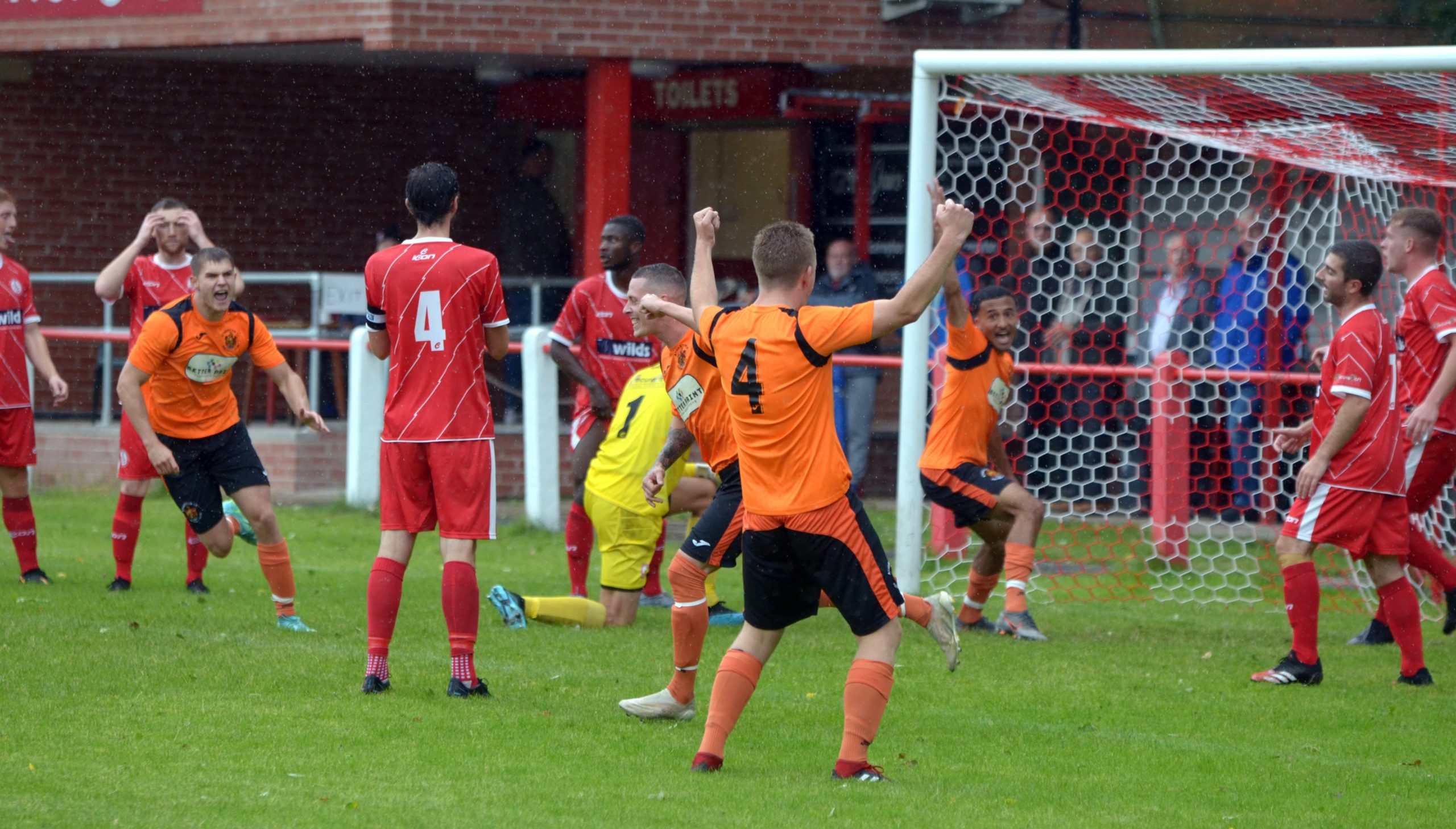 Atherton Laburnum Rovers have now overtaken Chadderton in the league after an impressive 5-2 away win.

The 132 fans in attendance were treated to a seven-goal thriller, with the visitors 2-1 up at half-time with goals from Luke Nicholls and Kieran Dale.  Adam Dale responded for the home side to continue his run of scoring in every game so far this season.

An Arron Scholes penalty ten minutes into the second half levelled the scores, but Rovers took victory thanks to late goals from Ben Barlow, a second from Nicholls and an injury time Justeace Holness goal. The three goals all came in the last 15 minutes of the game. Atherton and Chadderton are 6th and 7th respectively, both with 2 wins and 1 defeat.

Bury just about kept their undefeated start to the season going at home against Bacup Borough.

The visitors took an early lead through Toby Wright on 17 minutes, and looked to be taking three points back to Lancashire until deep into stoppage time.

Both sides saw red in separate incidents, with Aidan Hussey collecting a second yellow card on the hour mark for the visitors and Ayomide Ibrahim sent off near the end for Bury.

The hosts pushed for an equaliser throughout, and away keeper Harry Turner kept his side in front on numerous occasions.

Step forward Jonathan Hunt, who headed home a corner on 96 minutes, to send the vast majority of the 1,219 fans delirious and maintain the home side’s strong start with the club in 4th place.

Ashton Town picked up their first points of the season with a 3-2 home victory over Ilkley Town in a game that went back and forth.

Something had to give, with both teams coming into the match without a point.

James Hughes put the visitors after just seven minutes, with Kian Bell drawing the home side level just after the half-hour.

The away side took the lead again before the break through Kevin Gonzalez-Mele and held on to the lead til half time.

Quickfire goals midway through the second half turned the game in favour of Ashton, with Rustam Stepans netting his third in as many games.  Leon Wright sealed the victory four minutes later.

Daisy Hill are the last of our sides without a victory, after falling to 4-1 defeat at home to Garstang.

Hensley Mills had given the home side the lead on 31 minutes, but this was as good as it got for the Bolton-based team.

Leighton Mills’ side found themselves 3-1 down before the break, with Andrew Murphy, Zach Andrews and Zach Crosbie scoring in a four minute period just before halftime.

Crosbie sealed the win for the visitors in the second half and this result leaves Daisy Hill with one point and 15th in the formative league table.

There’s another clash between Greater Manchester sides next Saturday as Atherton LR and Ashton Town face off after both picking up impressive wins this week.

Chadderton will look to recover from their first defeat of the season at South Liverpool, while Daisy Hill will want to kick start their season as they visit AFC Darwen.

Bury are at home to Campion on Sunday, as landlords Radcliffe Town open their Northern Premier League season against Grantham Town at home a day earlier.