The North West Counties League Division One North season continued with good away days for most of Greater Manchester’s teams. 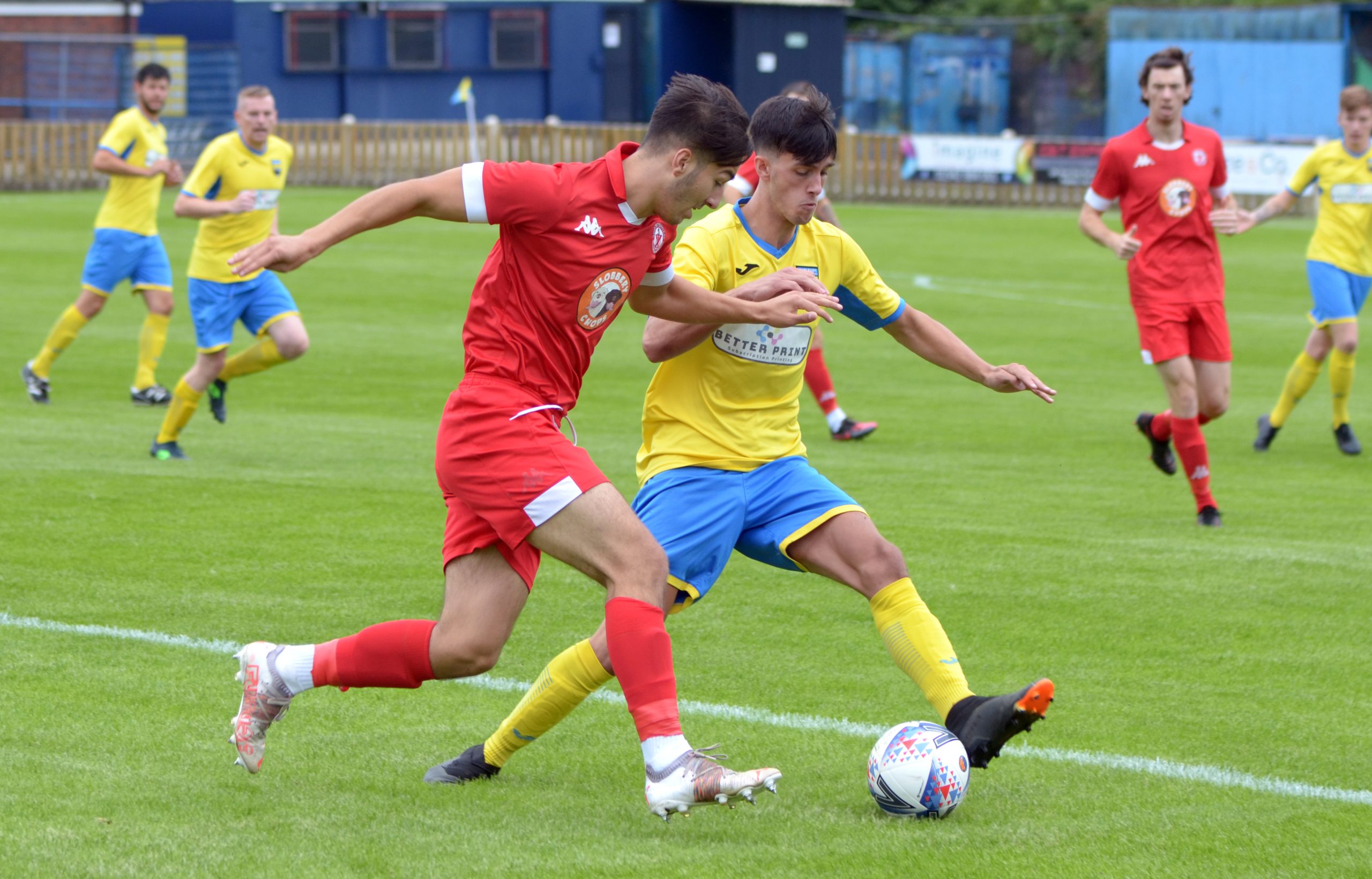 Daisy Hill took a first victory of the season with a 2-1 away win at AFC Darwen.

The Westhoughton-based club now have four points, picking up a late win after the sides went in 1-1 at halftime with both clubs scoring in the space of a minute.

Hensley Mills put the visitors in front, with Leon Creech immediately putting his side back in the game before the break.

The game seemed to be heading for a draw, before Bruno de Almeida Severino scored the winner with three minutes to spare.

The result lifts Daisy Hill above Darwen in the table to 14th place.

Chadderton back to winning ways

Chadderton racked up another three points with a topsy-turvy 3-2 away victory at South Liverpool.

It’s a third win in four games for the club, who bounced back from last weekend’s 5-2 defeat to Atherton Laburnum Rovers.

Ethan Sutcliffe put the visitors into an early lead on three minutes, before Cameron Dalton levelled the scores midway through the first half.

Adam Dale continued his record of scoring in every game so far this season to put the visitors ahead once more, with Arron Scholes scoring what turned out to be the winner on the hour mark. Dalton netted once more to give the visitors a nervy last 15 minutes but they held on.

Chadderton are fourth in the table, one point off joint leaders AFC Blackpool, Pilkington and Golcar United.

Travis Boyles had put Atherton into a 1-0 half time lead, but the game really got going after the break with the remaining four goals coming in a timeframe of 16 minutes.

Quickfire goals from Jamie White and  Leon Wright put the visitors ahead ten minutes into the second half, with Boyles pulling his side level with his second goal on 64 minutes.

Tom McNamara’s 70th minute goal sealed victory for the visitors, who join their hosts on six points after four games.  Atherton are ninth, one place ahead of Ashton thanks to their superior goal difference.

Daisy Hill will look to build on their first win, with a quick turnaround match as they host South Liverpool on Monday night.

Ashton Town and Chadderton are both at home on Tuesday night, facing Pilkington and Ilkley Town respectively. Ilkley currently prop up the table and are yet to score a point.

Bury AFC are on the road to Lancashire to take on Nelson after Sunday’s home game against Campion.