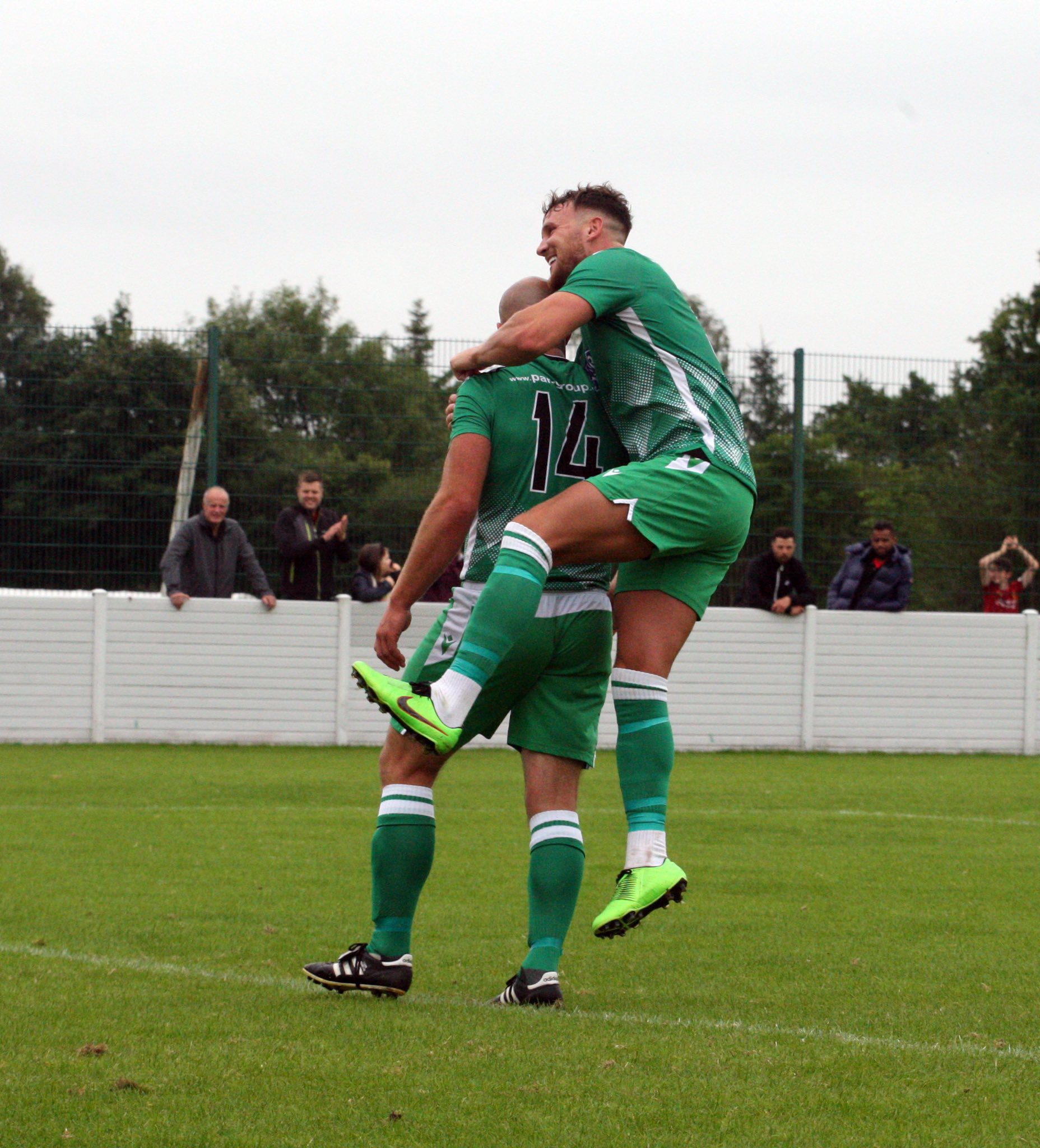 James Kinsey’s side swept their opponents aside 5-0 and are now second to Charnock Richard only on goal difference.

Town were 4-0 up at half time, thanks to a brace from Matty Bryan and goals from Deane Smalley and Jan Palinskas. Harvey Whyte wrapped up the three points with five minutes to spare.

Wythenshawe have made a brilliant start in their first season at Step 5 and have three wins in four games so far.

Chorley-based Charnock Richard racked up their goal difference to take an early lead at the top of table after crushing Ashton Athletic 9-1.

The home side were 5-0 up by the break, with Jordan Darr scoring twice in the first eight minutes.  Lewis Haydock, Daniel Regan, Nathan Nickeas and Nathan Fairhurst also found the net. A late hattrick for substitute Carl Grimshaw sealed a dominant win. Millen Brown pulled one back for Athletic to reduce the score to 5-1 but the writing was on the wall by that stage.

Athletic are one of four sides without points at the foot of the table and are bottom at this early stage with a goal difference of -11.

Avro suffered their first defeat of the season as they lost 2-1 late on at AFC Liverpool.

Jonathan Croasdale opened the scoring for the home side on the half hour mark, with Liam Ellis pulling the visitors level before half time.

The game looked to be petering out for a draw, but the home side’s Kyle Scorah had other ideas after netting an injury time winner.

Lee O’Brien and James Hampson’s side have dropped to midtable and sit 10th.

Prestiwch Heys are still searching for their first points of the season after losing 3-1 at Barnoldswick Town.

Two Paul Turner goals and an own goal from Anthony Potts, deflected from a Turner shot, proved too much for Heys to overturn.

A debut goal for Oscar Campbell gave the away side faint hope of getting something from the game but manager Matt Barnes suffered defeat on return to his old club.

Prestwich are second bottom, ahead of Ashton Athletic on goal difference.

Irlam travelled to Macclesfield and were narrowly beaten 2-1 in front of a bumper crowd of 2018.

The visitors took the lead to silence the majority of the crowd, with Jordan Icely putting his side ahead on 9 minutes.

The hosts came back into the game and netted a goal either side of half time through Aaron Dwyer and Tom Clare.

Irlam are 15th in the table so far with three points.

There’s a full midweek programme in the NWC Premier Division with most games on Tuesday night.

Wythenshawe Town look to continue their positive start to the season with a trip to Runcorn Town.

Prestwich Heys go on the hunt for a first point in a tough looking trip to Macclesfield.

Ashton Athletic are also looking to kick start their season as they host Winsford United.

Irlam travel across Manchester to take on Avro at The Vestacare Stadium.