Northern Premier League Division One West | Opening Day Round up

All three of Greater Manchester’s sides picked up early points on the opening day of the Northern Premier League Division One West season. 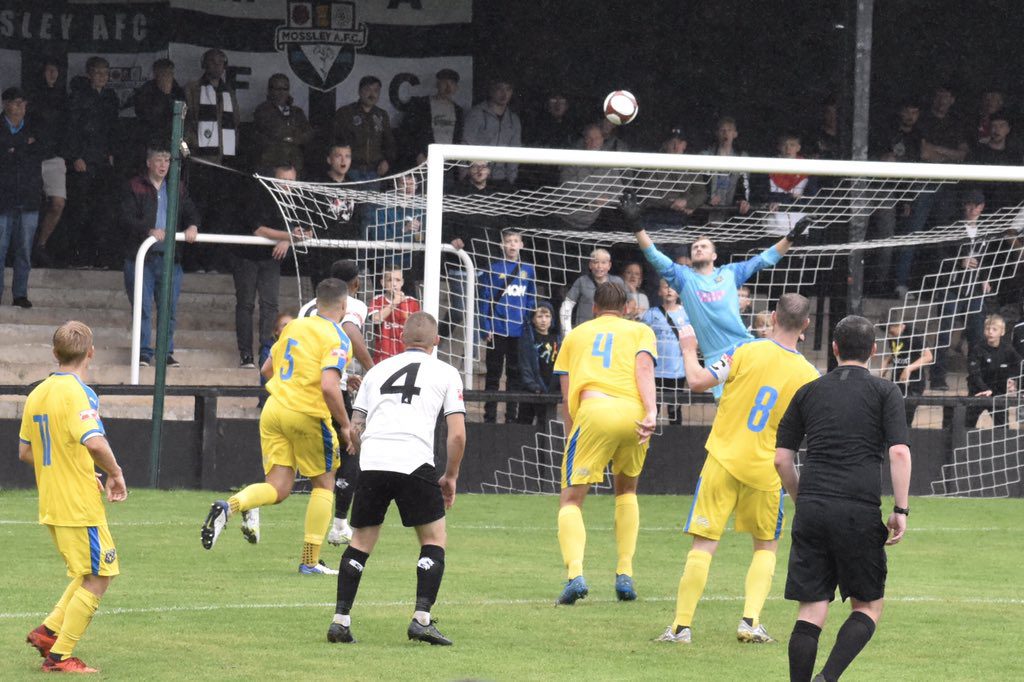 Mossley started with a hard-fought 2-1 victory over newly-promoted Bootle at Seel Park.

David Fish’s side were behind for much of the game, with Ben Hodkinson putting the visitors in front in the first half.

The home side fought back late on, with substitute Connor Morris levelling the scores after heading in Andy Keogh’s cross on 73 minutes.  Kane Hickman’s solo effort that went in off the bar secured the win four minutes later.

Trafford began their season at home against Colne in front of a crowd of 399.

A cagey first half was broken by Mike Burke, whose debut goal sparked the game into life after converting Matty Morgan’s low pass into the corner of Hakan Burton’s net.

The visitors pushed for an equaliser after half time, and got their reward through Reece Foster-Webb, who smashed a rebound past Matt Cooper in the home net.

Curtis Miller left the game with his arm in a sling after dislocating his shoulder in injury time, only a day after signing for the club on loan from Altrincham.

No goals, one point for Ramsbottom

Ramsbottom United began the Lee Donafee era with a point in a goalless draw at City of  Liverpool.

Donafee has stepped up from the assistant manager role having been with the club under former manager Chris Willcock since 2018.

City of Liverpool had a goal ruled out for offside in the first half.

There’s a full midweek programme of fixtures with all three Greater Manchester sides in action on Tuesday night.

Mossley travel to Lancashire to take on Colne, and Ramsbottom host Marine, who were 3-1 winners at Newcastle Town on the opening day.

Trafford are ‘away’ at Leek Town, although the game will be played at Buxton’s Silverlands ground as the Staffordshire side are having a 3G pitch installed.