With a number of FA Cup replays disrupting the Northern Premier League fixture list, Hyde United were the standout performers from the Greater Manchester sides on Matchday Seven. 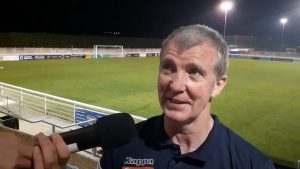 Birthday Boy Gannon off the Mark

Hyde United delivered the perfect birthday present for their new manager, Jim Gannon, picking up their first away win against Nantwich Town for 45 years.

Thomas Pratt and Jonah Mitchell were on target in the first-half to secure Hyde’s maiden away win of the season, propelling the side up the table and into 10th. 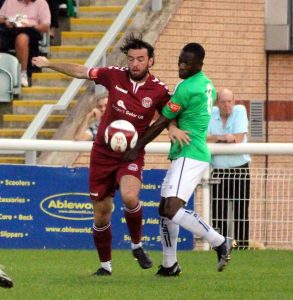 After Dave McGurk left the club earlier in the season, the Tigers turned to the experience of former Stockport County boss Gannon, who will now look to build on his first victory when they host table-toppers South Shields this weekend.

Ashton United dug deep to pick up a point against the Northern Premier League Premier Division leaders South Shields, in front of a 1,800 strong home crowd.

Liam Tomsett had put Ashton ahead inside five minutes, but the Greater Manchester side were quickly pegged back through Will McGowan’s 13th-minute strike.

Still without a win since their opening day victory against Matlock Town, Ashton will welcome another promotion hopeful in Buxton this Saturday.

Trafford of the Northern Premier League West twice lead against Workington, but ultimately were unable to find a winner in an entertaining 2-2 draw.

Aidan Roxburgh opened the scoring in the 32nd-minute, before Rowan Roache equalised from the spot just six minutes later.

Max Hazeldine restored the hosts lead midway through the second period, yet they were once again pegged back through an 82nd-minute Reuben Jerome equaliser.

Robert Grant helped Radcliffe come from behind to earn a point against Bamber Bridge, whilst James Murphy, Edward Cooper and Godwin Abadaki were all on target as Ramsbottom United toppled Colne 3-1.

Mason Fawns and Connor Morris struck for Mossley as they extended their impressive run of form with a 2-1 victory over Newcastle Town.

It was a bad day at the office for Stalybridge Celtic, who succumbed to an Aaron O'Connor brace in their 2-0 defeat to Basford United.

With a number of FA Cup replays disrupting the Northern Premier League ...