After Saturday’s pulsating start kicked the 2021/22 Northern Premier League Premier season off in style, there were a further 11-midweek fixtures played out in England’s seventh tier. 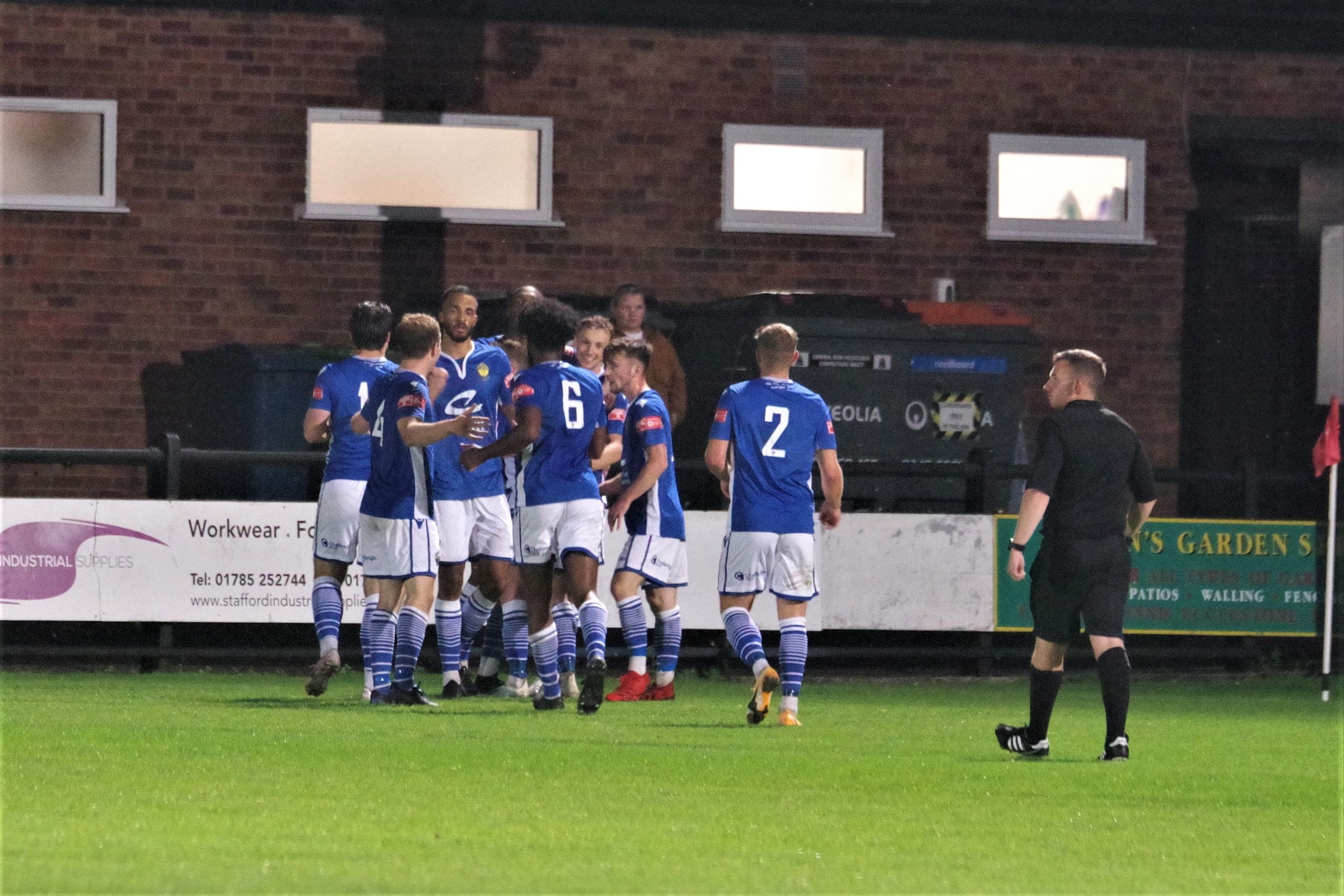 FC United Bounce Back in Style

Following defeat in Matchday One, FC United of Manchester bounced back with ease, taking their first three points of the season in a comfortable 3-0 win at home to Morpeth Town.

Taking the lead after just six minutes courtesy of Jonathan Smith’s first of the season, the home side added a further two in the second period, firstly through Jordan Simpson and then Paul Ennis nine minutes from time.

As one of the division’s big guns, the pressure is on Neil Reynold’s men to deliver this season, but they’ll no doubt face sterner tests throughout the course of the campaign.

Diego De Girolamo and Ashley Chambers were on hand to give Buxton their second consecutive 3-0 win, with victory against Grantham Town.

Opening the scoring through De Girolamo 11 minutes into the fixture, Chambers netted either side of half-time to cap off a resounding result for the Bucks.

One of four teams to take maximum points from their opening two matches, Buxton will be hoping to make it three from three when they travel to FC United at the weekend, whilst Grantham host Lancaster City.

Comfortable winners in their opening match of the season, Warrington Town made it two wins on the bounce with a slender 1-0 victory away to Stafford Rangers.

Goalless at half-time, the Yellows had to wait until midway through the second period for a breakthrough, eventually netting via Edmond Clarke’s fine 65th-minute strike.

A trip to the seaside awaits Paul Carden’s men next, as they travel to face Scarborough Athletic in Matchday Three.

Matlock Town picked up their first three points of the season with a rudimentary 2-1 victory at home to Basford United.

Two quick-fire goals from Ross Hannah sent the Gladiators on their way, with the Matlock man netting twice within 17 first-half minutes.

Revarnelle James 87th-minute strike had set up a nervy finish at the picturesque Causeway Lane Stadium, but Paul Phillips’ side had enough to get over the line.

Ashton United kept their unbeaten start to the campaign alive, rescuing a point away to Scarborough in front of a 1000 strong capacity crowd.

Falling behind through Ryan Watson’s 64th-minute penalty, the home side looked to have been on course for all three points, before Ben Hardcastle netted with just 12 minutes remaining.

A statement of the club’s intentions for the 2021/22 season, Ashton will look to build on their impressive start when they travel to Mickleover this weekend.

A trio of Greater Manchester clubs suffered defeat in Matchday Two, with Stalybridge Celtic, Atherton Collieries and Hyde United all succumbing to losses.

Stalybridge battled hard against South Shields, but it wasn’t to be for Celtic as they were eventual 3-1 losers to the North East club.

Sean Cooke scored twice for Nantwich Town as they took the three points against Atherton, whilst Bamber Bridge put four past Hyde during a convincing 4-1 win.

Lancaster City triumphed 3-2 away to Witton Albion in the joint-highest scoring match of the midweek programme.

Mickleover toppled Gainsborough Trinity by two goals to nil, with a double for Andrew Dales giving the Derbyshire club their first win of the season.

Whilst Whitby Town and Radcliffe played out a less than entertaining 0-0 draw at the Turnbull Ground.

For a third time in seven days, teams in the Northern Premier ...