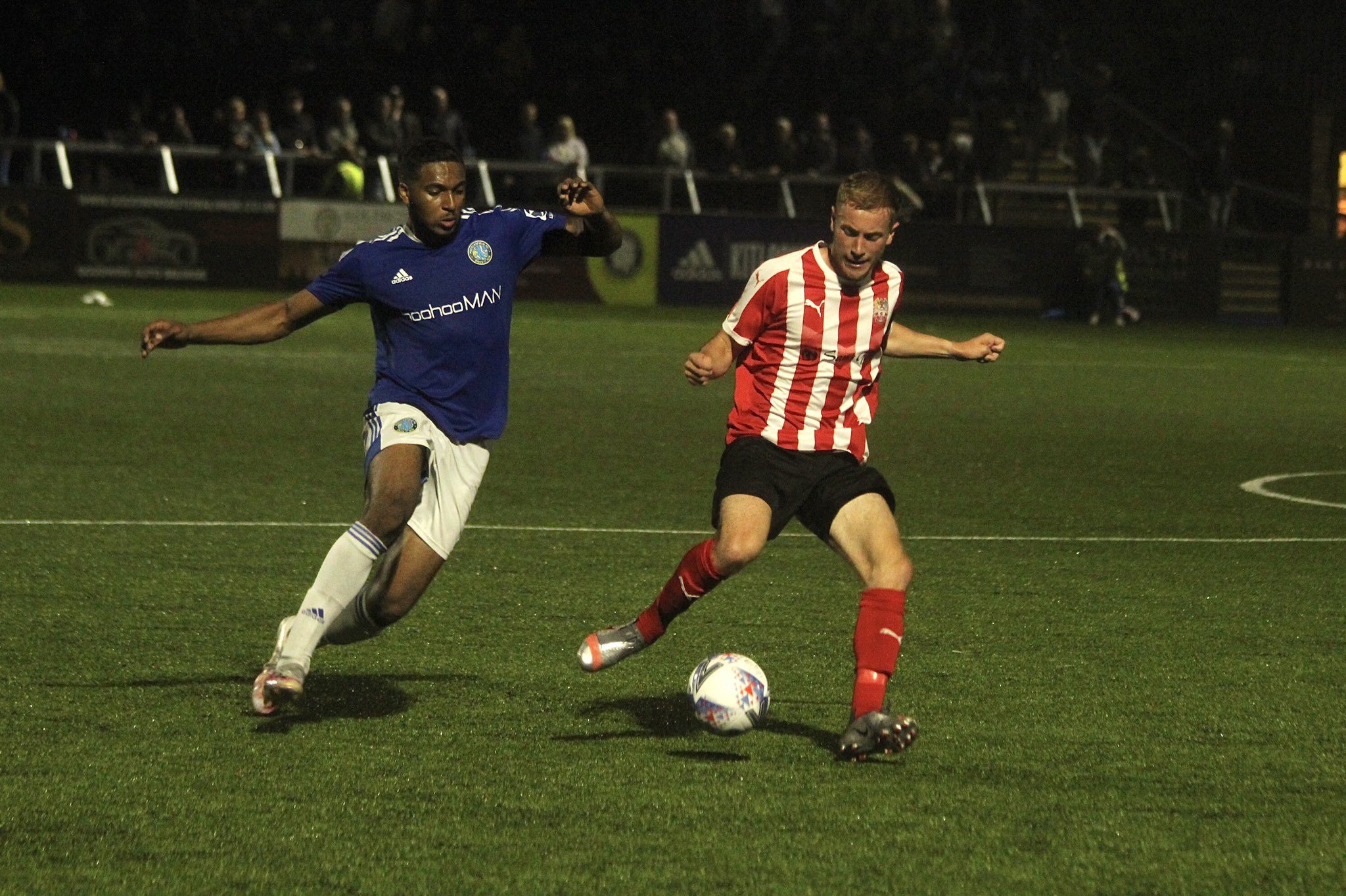 Avro back on track despite red card

Avro won the Wednesday night game against Irlam despite playing most of the second half with ten men.

The Oldham-based side won 3-0 with goals from Danny Byrnes, Lewis Lacy and Louis Potts.

Sam Rathbone was sent off after 53 minutes, but the home side were already 2-0 up by this stage and Potts capped the victory late in the second half before being substituted.

Avro have climbed back up the table to seventh after losing late on against AFC Liverpool on Saturday.

Irlam are in 17th, having not picked up a point since an opening day victory over Litherland REMYCA.

Wythenshawe Town were held to a 1-1 draw at Runcorn Town, their first of the campaign, and are second in the table.

The team were again left chasing the game after the home side went into the break ahead thanks to Craig Cairns’ injury-time goal.

James Kinsey’s side pulled level through Matty Bryan, who now has four goals in as many appearances this season.

The South Manchester side were top for 24 hours but Barnoldswick Town’s 5-2 win over Longridge Town on Wednesday night sees the Lancashire side move into first place on goal difference.

Prestwich go down fighting at Macclesfield

Underdogs Prestwich Heys were unable to produce a shock but put up a good fight in a 3-1 loss at Macclesfield.

Macc were well ahead after goals from Aaron Dwyer and Laurent Mendy put them two clear heading into the break, or so they thought.

Heys were reduced to ten men with 25 minutes to play, as Anthony Potts was sent off after conceding a penalty. The referee initially sent off new signing Alex McQuade but the mistaken identity was rectified and Potts was eventually given his marching orders.

Tom Clare converted the penalty to kill the game off, in a game that was watched by over 2100 fans.

Another defeat for Ashton

Ashton Athletic remain bottom of the table with no points after a 3-0 loss away at Winsford United.

Lewis Benson’s first half goal gave the home side the advantage, but Ashton were still in with a shout for a point with the score still at 1-0 until the final ten minutes. Dylan Chalice and a Joe Duckworth penalty wrapped up the points.

Litherland REMYCA are the other team without a point.

There’s a mix of FA Cup preliminary round and league action this Saturday for Greater Manchester’s teams.

Irlam host Skelmersdale United, and Wythenshawe Town are at home to 1874 Northwich.

Ashton Athletic were knocked out in the extra preliminary round, and have a league match at home to Vauxhall Motors.