After months with no competitive games, matches are coming thick and fast for our North West Counties Premier Division sides around Greater Manchester. 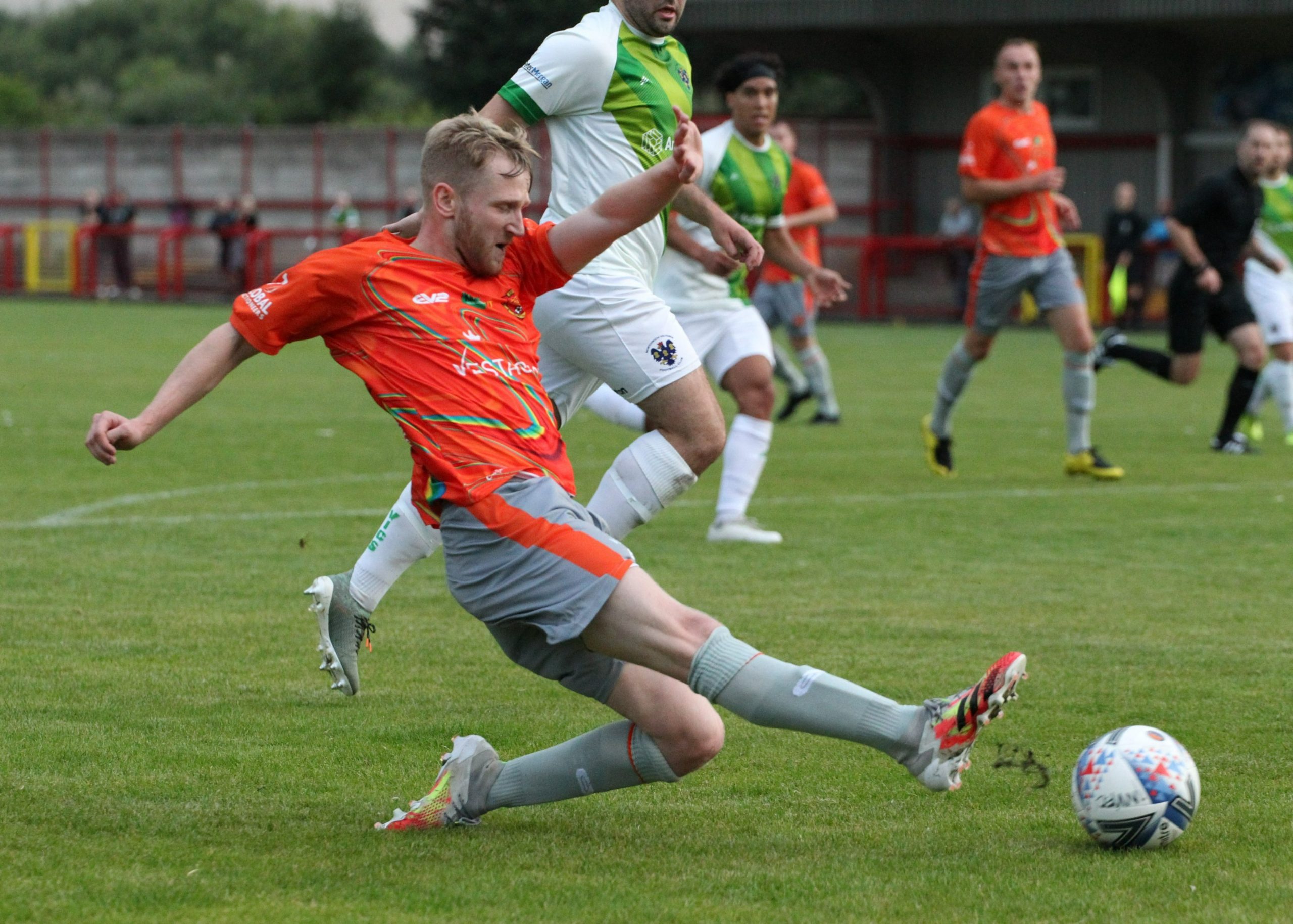 Wythenshawe Town are among the early front runners after a second consecutive 1-0 victory.

The promoted side took three points at home to Padiham thanks to Greg Wilkinson, who converted Steven Hewitt’s second half corner and hit the post on the way in.

James Kinsey’s side have made a perfect start to their first campaign at this level.

Avro fight back for a point

Avro remain unbeaten, having recovered from going 2-0 down in the first ten minutes at Northwich Victoria to rescue a point.

Tommy Schofield and Matty Birchall had put the home side firmly in control, before Louis Potts brought his team back into it on 19 minutes after taking advantage of confusion in the penalty box.

The recovery was complete ten minutes into the second half, with Liam Ellis keeping his composure and slotting a penalty past the home ‘keeper.

Defeat for Irlam and Ashton Athletic

There was no such luck for Irlam, who lost 3-0 to Congleton Town following their opening day victory over Litherland REMYCA.  Former Port Vale striker Tom Pope netted his first goal for the visitors, who are top of the table at this early stage.

Ashton Athletic are still looking for their first points after falling to a 3-1 defeat at Burscough. The night started badly for Athletic, with Josh Quarless scoring the first of his two goals inside the first minute.  Substitute Samuel Houghton scored the away side’s goal in the second half, but it proved to be not enough with his side already 2-0 down.  Quarless rounded out the scoring with ten minutes to play.

Further afield, Winsford United and Macclesfield Town put on an eight-goal thriller and shared the spoils, with Tom Clare scoring all four of the visitor’s goals.

There was also drama at Barnoldswick Town, who had looked on course for a 2-1 victory over Squire’s Gate.  Visiting goalkeeper Mike Hale hadn’t read the script, and hit a sweetly struck volley from an injury time corner to grab a point that could prove vital for his team later in the season.

It’s FA Cup extra preliminary round weekend, with all Premier Division sides involved. The winners of this weekend’s ties will take home £1,125 and the losers £375.

Irlam are at home to Albion Sports from Bradford, with Ashton Athletic hosting against Squires Gate.

Avro take the short trip across Manchester to face West Didsbury & Chorlton, and Prestwich Heys look to kick-start their season against Litherland REMYCA.

Wythenshawe Town are on the road to Bradford to take on Thackley, who play in the Northern Counties East Premier Division.