Another round of midweek matches were played out in the North West Counties Football League First Division South, with plenty of goals across the nine fixtures. 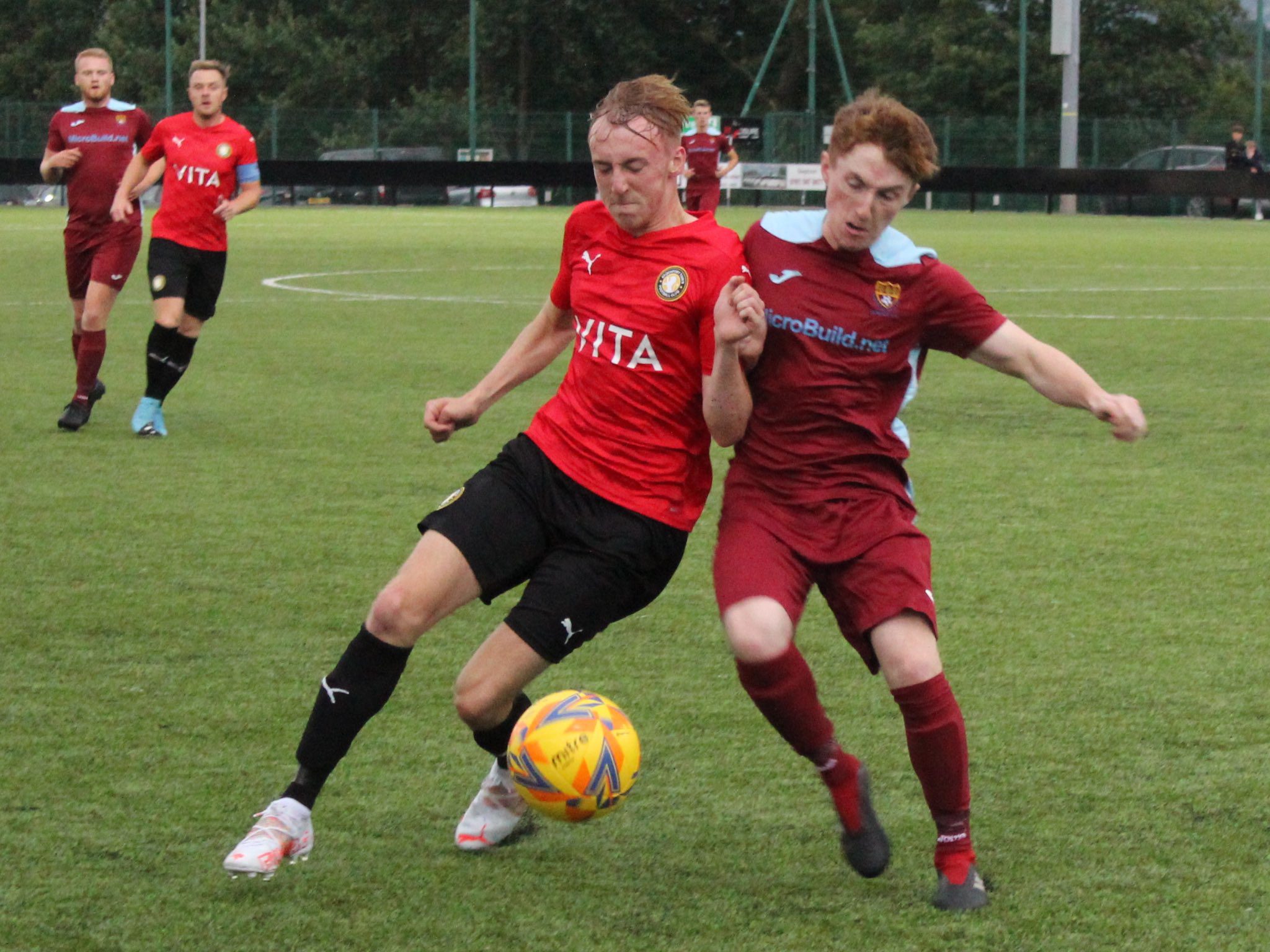 A first-half flurry helped Sandbach United to a 4-0 victory against mid-table Alsager Town, ensuring the Ramblers maintained their position at the top of the table on goal difference.

Three of the four were scored by Sandbach forward, Bobbie McDonnell, who struck a hattrick in the first period to give the visitors an unassailable lead at the break.

Nomads Fight Back for Three Points

Cheadle Heath Nomads came from two goals down to snatch a 3-2 victory away at Stockport Town, dragging the Greater Manchester club out of the relegation zone in the process.

After a difficult start to the season had seen Nomads lose their first couple of matches, Jake Davies’ side have shown great resilience to pick up points in their last two outings.

Daniel McLaughlin scored either side of half-time to put Cheadle Heath on level terms before Kyle Foley completed the comeback 14 minutes from time.

The pair had been level on points heading into the fixture at Hollyhedge Park, with the only goal of the game coming in the 64th minute.

Darren McKnight netted his third of the season from the spot to take the Millers level on points with Sandbach at the top of the table.

Abbey Hey on the Up

Playoff hopefuls Abbey Hey displayed their credentials with an impressive 4-0 victory at home to Maine Road.

First-half goals from Jordan Lazenbury and Paul Sunderland had put the Hey in a commanding position at the break, with Rhys Clooney adding a third midway through the second period.

Lazenbury capped off the scoring with his fourth goal of the campaign, taking Terry Hincks men into the top top-five at the same time.

Best of the Rest From Matchday Five

West Didsbury & Chorlton put on a show against bottom-placed Barnton, with an astounding 6-0 victory in front of the week’s biggest crowd.

Ellesmere Rangers kept up the pace at the top with a comfortable 3-0 win against struggling Eccleshall.

Jack Weldon scored in the 91st minute to give Brocton a slender 1-0 triumph against Abbey Hulton United, whilst there were also wins for Stafford Town against Rocester and Cammell Laird 1907 versus St Martins.

Another round of midweek matches were played out in the North West ...

Matchday two of the North West Counties Football League was packed with ...

Matchday two of the North West Counties Football League was packed with ...