A comprehensive recap of the action from Matchday Six of the North West Counties Football League First Division South, with a number of storylines across the weekend’s action. 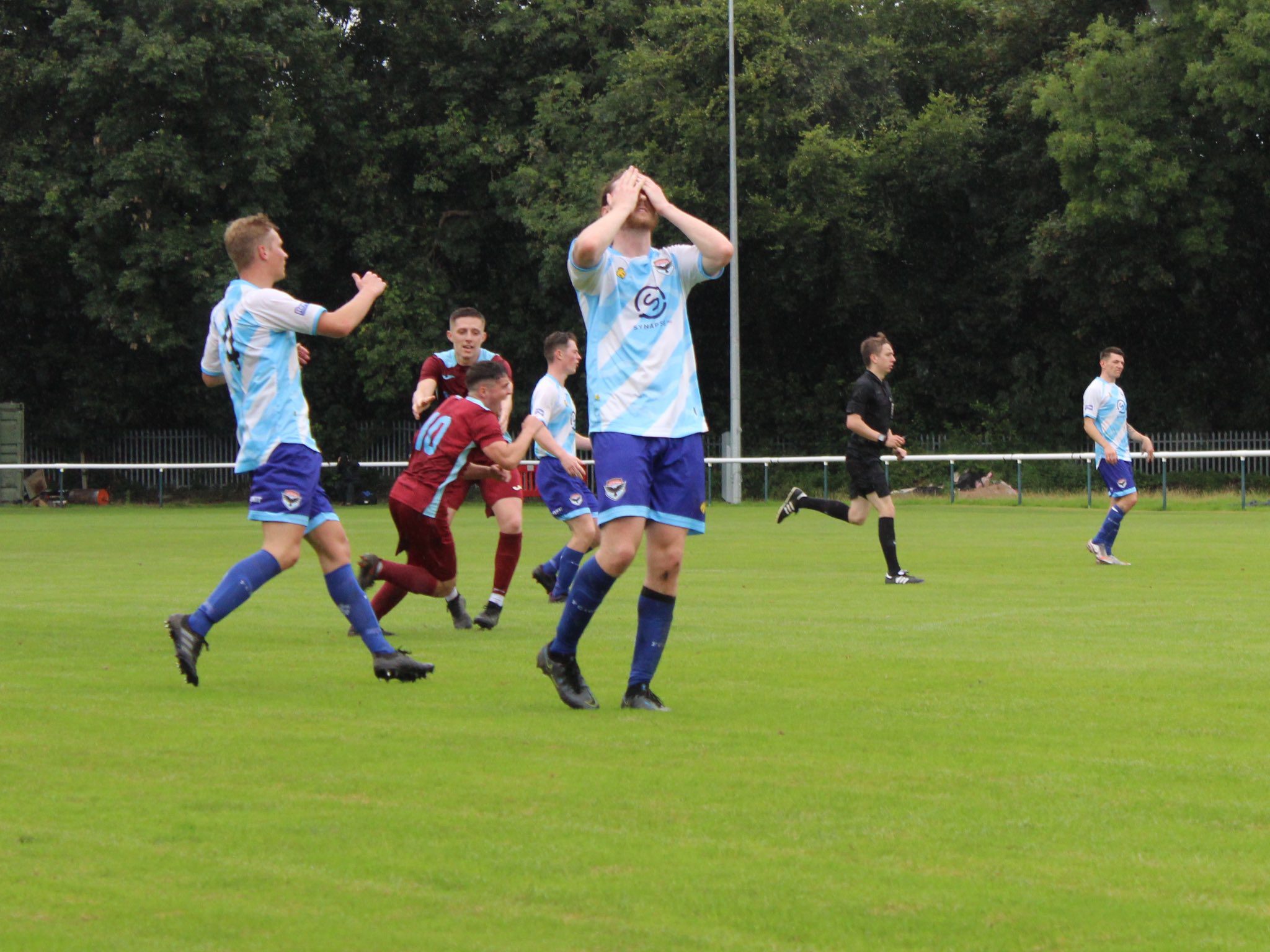 Six of the best for Stockport Town secured their second win of the season with an impressive 6-0 victory over early-season strugglers Rocester.

Max Dickov netted an eye-catching brace for Stockport, with the son of former Manchester City legend, Paul Dickov, the standout performer throughout the afternoon.

Just the club’s second win of the campaign, Town will face a tougher test against Ellesmere Rangers next time out, whilst Rocester travel to Cheadle Heath Nomads.

New Mills maintained their position as joint leaders of the NWCFL First Division South with a resounding 5-2 victory over Barnton.

Joe Bevan scored twice in the first half for the visitors, continuing his strong start to the season in the process, with the Millers new forward netting his fourth and then fifth of the campaign.

Jake Pollard, Harry Norris and Richard Tindall were on target in the second period, with St Martins the visitors to Church Lane next weekend.

Kyle Foley scored in the 92nd minute to rescue a precious point for Cheadle Heath Nomads, as they played out an entertaining 2-2 draw with FC Isle of Man.

Nomads had taken the lead early in the match, before Cameron Avery and Luke Murray scored either side of half-time to give the Manx club a slender advantage.

Chris Bass’ side were unable to hold on however, with Foley’s late equaliser denying the Ravens a second consecutive win.

Wythenshawe Amateurs moved into the playoff spaces with a comfortable 2-0 victory away from home to Cheadle Town.

Two second-half goals for the Ammies were enough for the three points, with Dominic Lillie and Edward Brown on target for Wythenshawe.

In one of the league’s largest crowds of the day, Cheadle will be eager to bounce back against Alsager Town next week, with Brocton the opponents for Wythenshawe.

Stephen Jones scored in the 83rd minute to steal all three points against Maine Road FC, keeping Sandbach United level at the top of the table in the process.

Reece Lyndon’s fourth goal of the season had put the home side ahead, yet Declan O’Riordan’s second-half strike drew Sandbach level.

Sandbach will look to keep their impressive start to the campaign going when they host Abbey Hey next weekend, with Stafford Town the visitors to Maine Road’s Brantingham Road.

West Didsbury & Chorlton moved to third in the table with a comfortable 3-0 victory against Stafford, whilst Abbey Hey won the battle of the ‘Abbeys’ with a 3-1 win over Abbey Hulton United.

Cammell Laird 1907 were triumphant over Eccleshall, scoring either side of the break to triumph 2-1.

Elsewhere, Brocton handed Ellesmere their first defeat of the season with a 3-0 victory at the Beech Grove Stadium.

Max Dickov admits he has relished the challenge of playing semi-professional football, ...

Max Dickov admits he has relished the challenge of playing semi-professional football, ...

A comprehensive recap of the action from Matchday Six of the North ...