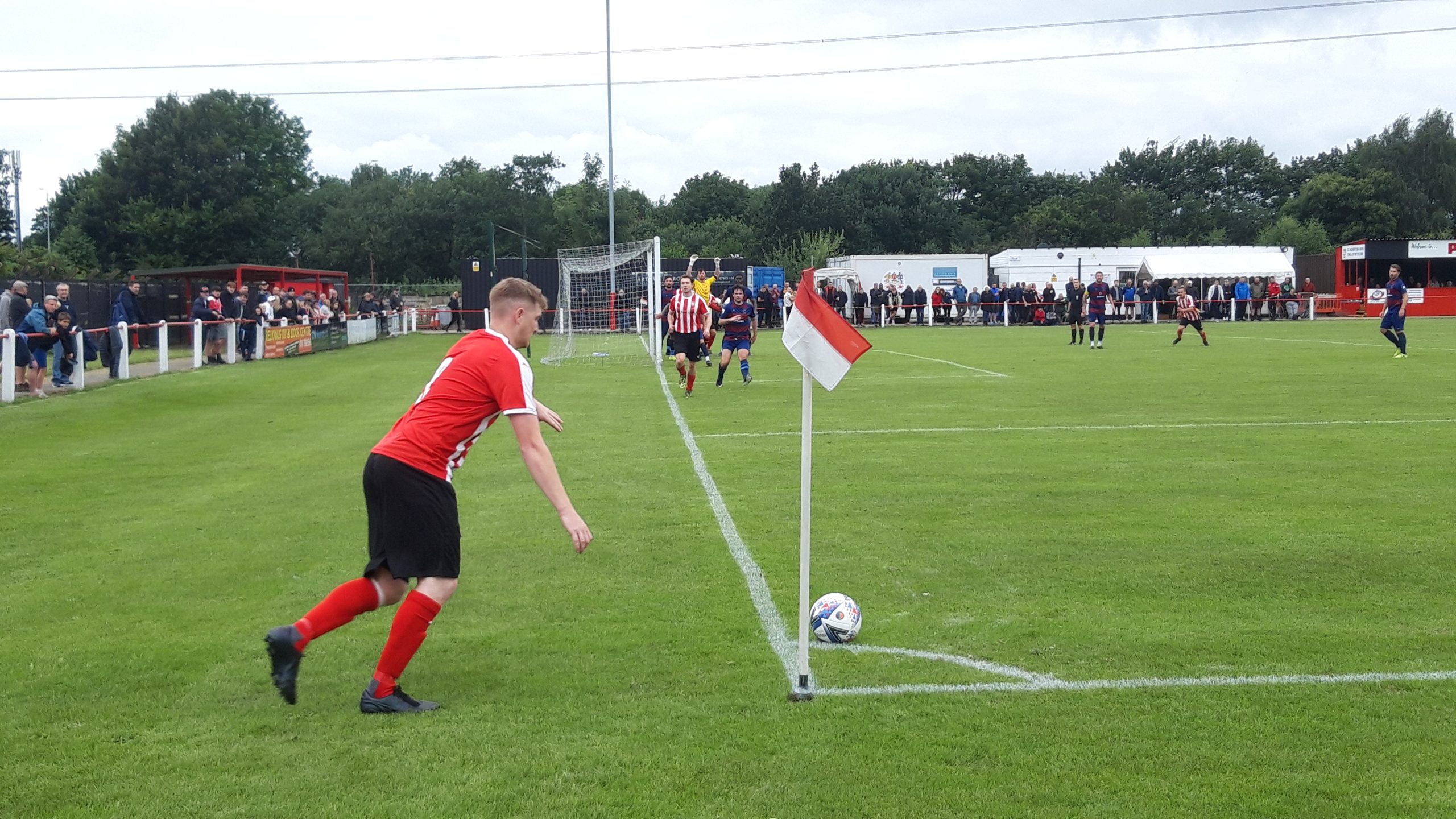 A first half goal from Matthew Birchall and a second half hat-trick from Bradley Lynch ensured the three points went back on the coach to Cheshire.

A crowd of 287 - the second highest in the league behind Macclesfield - saw the match, including a vocal set of away fans.

Heys, promoted from Division One North in the pyramid restructure thanks to their combined performance over the last two seasons, are now playing at the highest level the club has ever found themselves.

Vics opened the scoring within five minutes, with Birchall profiting from a long ball and lifting the ball over home keeper Russell Saunders, despite suspicions of offside.

There wasn’t much between the teams in a competitive first half, with Heys creating chances but not being able to convert them.

Central midfielder Dickinson - a summer signing from Nelson -  needed treatment after a fully committed challenge from both players, and Barnes had to make an early substitution, bringing on Brad Sixsmith on the half hour.

The home side went into the break a goal down, but with signs that they could get back into it.

Unfortunately for Heys, the second half began with a rude awakening with Northwich doubling their lead within 30 seconds of the restart. Josh Winder’s early run down the right wing and low cross into the box was coolly tucked away by Lynch, and this was a sign of things to come as Northwich began to control the match with long periods of possession in the home half.

Prestwich did have chances, including a good chance for Shenton, whose header went over the bar.

Shouts for a home penalty were waved away by the referee, with Shenton brought down in the box, but it was a good tackle by the away defender who put the ball out for a corner.

The corner was whipped in, and it resulted in a goal - but for the opposition.

Vics dealt with the corner well and set off on the counter, with Winder and Lynch again combining to secure the points for the visitors.

Lynch’s hat-trick was confirmed late on, and with the goal of the match. A corner from Ryan Winder - older brother of Josh - came out to Lynch, just outside the box, who controlled it and smashed it past Saunders into the top corner.

Prestwich will feel hard done by to lose by four goals, but it was a confident performance from Northwich, who are an established team at this level.

Matt Barnes said: “We weren’t great today, we know that. It hurts because we wanted to put on a bit of a show and make a statement in the club’s first game in this league. We conceded early in both halves, that’s something we’ve really tried to get out of our system and today we’ve been punished by that. Northwich Victoria are a very good, organised side. The lads know we have a style of play, we should be dealing with things better and going forward we’ve got things to work on.“We understand it’s going to be a tough season - there’s no beating around the bush, we will come across some very good teams. It’s about how we - both players and management team - adapt to certain styles. We thought we had a plan today, and it didn’t go to plan, Northwich exerted us well and got the result.”