West Didsbury & Chorlton made it two wins from two in the North West Counties Division One South after a dominant display at Stockport Town. 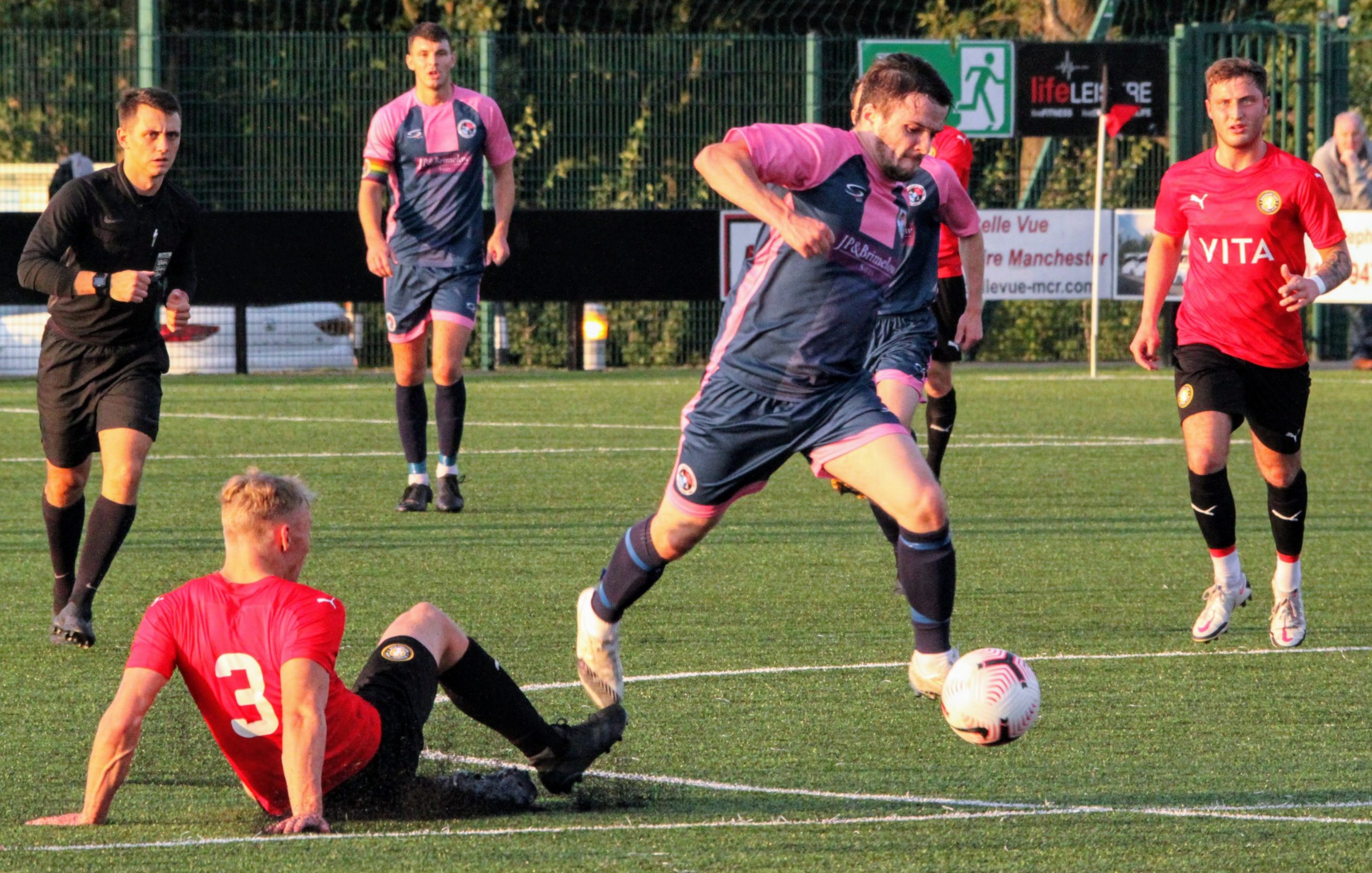 Ben Elliott’s second half goal was enough to take the three points for the visitors, who could and probably should have won by more.

The away side built on their 2-1 win over Alsager Town at the weekend, where Sam Heathcote scored both.  Town had looked on course for a debut victory for manager Matt Jansen at Abbey Hey, but had to settle for a 2-2 draw after conceding an injury time equaliser.

Didsbury dominate from the start

West began as they meant to go on, taking five corners in the first ten minutes and continued to control the first half without finding any end product.

Rhain Davis had the first clear attempt at Josh Schofield’s goal, forcing the keeper into a good reaction save to tip the ball over the bar.

The youthful home side were dealt an early blow when captain Paul Turnbull - one of the team’s few experienced players - was substituted with an injury to his rib.

Schofield was called into action again with ten minutes to play, saving from Elliott who had found space in the box.

The teams went in level at half time with West well in control, but with nothing to show for it.

The pattern continued after the break, with the visitors continuing to press and take advantage of loose balls.

Town did come close to breaking the deadlock on the counter through the lively Harold Essien, whose shot was headed away by central defender Heathcote.

Winger Aarron Grewal came within inches of opening the scoring, curling a shot just wide of Schofield’s goal on the hour mark.

The goal had been coming, and finally arrived on 62 minutes from Elliott, who turned his defender and slotted past Schofield from close range, with the assist coming from Jack Ryan.

Eliott nearly doubled his tally in quick succession with a shot that thundered off the crossbar, after good work from Ryan once more.

The game became end to end in the closing minutes as Town searched for an equaliser, but it was the visitors who came closest to adding another goal through Grewal, with Schofield again keeping the scoreline down, using his body to block the shot in a packed penalty box.

Home manager Jansen said: “We were under the cosh today. We’ve got a very young team and I told them that we need to be more savvy - appealing for things, being on the front foot and winning second balls.  We had two 16 and two 17-year-olds out there, but it’s not like we’re playing academy football anymore. We had a good preseason, but we’ve got to step up to the plate now.

“I felt we were a bit weak in physicality, and were bullied a little bit.  They had a constant voice, whereas we were really quiet. It’s an eye opener for lads from the academy who are now exposed to men’s football. This is a rough and tough level of football, and they need to learn quickly, and hopefully they will.”