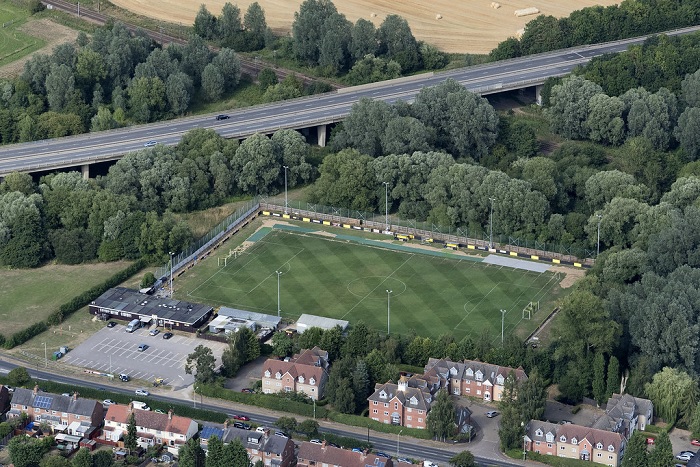 At the end of the 2004-05 campaign, mid Suffolk-based Stowmarket Town were relegated from the Eastern Counties Premier Division for the first time in their history. These were dark days for the club, who were struggling for finances and lacking in both facilities and a fanbase. More than a decade later and the picture could not be more different at Greens Meadow.The club appointed current first team manager Rick Andrews in March 2013, as part of an interim management team following the resignation of former boss, Shane Austin. Andrews then assumed full control of the club in the summer of 2013. Following three seasons of slow, steady building, Andrews had nurtured a squad that was finally ready for a tilt at a return to the Thurlow Nunn Premier Division. In 2016-17, Stowmarket swept all before them to claim the Division One title. 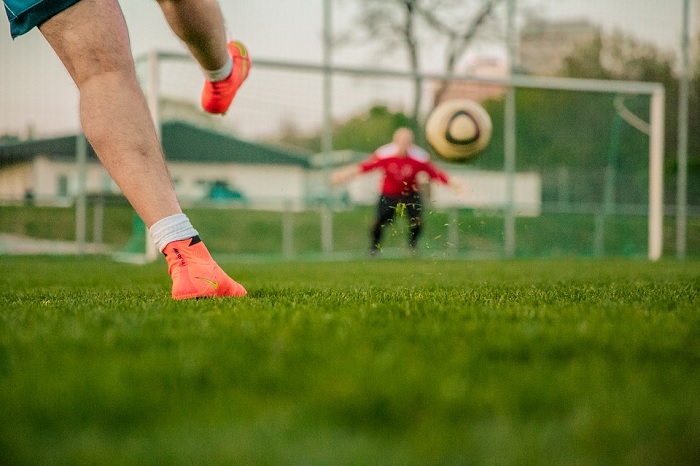 2017-18 saw the Stowmarket bosses secure outside investment into the now upwardly mobile football club. This enabled Andrews to secure a smattering of top-end Premier Division talent, as well as a couple of players with experience at an even higher level. One such addition was star striker Josh Mayhew, signed from Isthmian League North Division neighbours, Bury Town. Mayhew would go on to smash home 56 goals in 2017-18, breaking the league record set by Wroxham’s Matthew Metcalf in 1992-93 and bagging him a new long-term contract.

The Old Gold and Blacks adapted to life in the Thurlow Nunn Premier like a duck to water, narrowly missing out on back-to-back promotions despite racking up over 100 points, finishing third behind Coggeshall Town and Felixstowe and Walton United. Stow tried hard to go one better in 2018-19, and despite more serious investment in the playing squad, they were unable to keep the pace with runaway champions Histon.

With a burning ambition to reach Step 4 – and beyond – this summer seemed like a ‘now or never’ moment for boss Andrews. It was therefore unsurprising to see the club show even more ambition in the close season, raiding Step 3 Suffolk neighbours Leiston of not one but five first-team players, including Leiston’s first-choice central defensive pairing, Tom Bullard and Joe Jefford. Former Ipswich Town professional Jack Ainsley was also recruited from Felixstowe and Walton United, while former West Ham United youth teamer Dave Cowley returned to the club from Step 4 Ware.

Rick Andrews and his ‘Galacticos’

The squad began the season oozing with Step 3 and 4 quality, earning them the title of overwhelming favourites for the title and the tag of Suffolk ‘Galacticos’ on social media. The cherry on top of a hugely successful summer recruitment drive came in November, when the club managed to entice current professional forward Dean Bowditch to agree terms on a contract until the end of the season.

Dean Bowditch had his contract terminated by mutual consent at League Two Northampton Town in the summer, with Cobblers boss Keith Curle seemingly wanting to take his team in a different direction. Most of the leading sportsbooks believe Curle’s new-look side has potential to push for a League Two playoff place. The latest football betting markets have Northampton priced a shade over chances for a top seven finish and a shot at promotion to League One. This would have seen Bowditch return to England’s third tier of its football pyramid, but instead he has opted to play at Step Five, the ninth tier of the pyramid.

Bowditch has already been vocal in the local press about his desire to play football with a smile on his face once again, following a torrid time at Sixfields last term and the recent birth of his first child. The 33-year-old has slotted in seamlessly with the Stowmarket front line, as part of a team that remain unbeaten in the league after 19 games, with 16 victories to their name and 16 points separating them from second-placed Newmarket Town. Andrews’ men have also become outright favourites for the FA Vase this season based on the strength and experience in their squad. Stow breezed past Essex Senior League outfit Stansted 4-0 at Greens Meadow to advance to the 4th Round draw, where they will face Kent-based Glebe FC on home turf.

Although Andrews might not admit it publicly, the Thurlow Nunn Premier title already looks in the bag, barring a major shift in form or injuries. With significant improvements being made to the club off the field as well as on it, this mid-Suffolk market town is starting to take real pride in its football club. Crowds of 350-400 are now the norm, which is the envy of all teams at Thurlow Nunn level. Combine that with financial clout and ambition that few in Steps 3 and 4 can match, there’s no doubt we’ll be hearing more of Stowmarket Town in the months and years ahead.