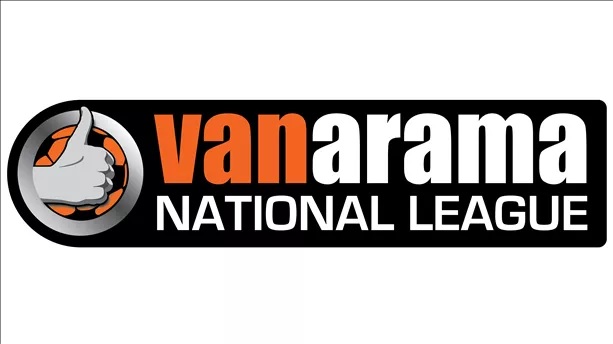 The Vanarama National League is back once again with a full round of fixtures. With no FA Trophy games nor other obligations for any teams this week, there are no postponed games this weekend.

If you’re looking to get a non-league footy acca on this weekend, then you’ll find odds on all of the games mentioned below with Betfred.

Hatters look to bounce back from FA Trophy defeat

Stockport County were handed their first loss in all competitions since mid-December, as two injury-time goals from Wrexham’s Paul Philipp Mullin saw them crash out of the FA Trophy at the semi-final stage in the most agonising of circumstances.

Despite the fact that a league and cup double is off the cards, the Hatters are still sitting pretty at the top of the league with 79 points. This leaves them eight points clear of Wrexham in second having played the same amount of games.

Both Stockport County will look to bounce back from their FA Trophy disappointment this weekend as they look to keep their exceptional league form at home to Southend United. Wrexham, meanwhile, hosts an Eastleigh side who are safe from relegation but too far adrift of the playoff places.

It's a full decade since Stockport County and League football went from ...