Wimborne Town have announced the appointment of Matty Holmes as Community and Academy Director of Football, which will see the current first-team manager vacate his role. 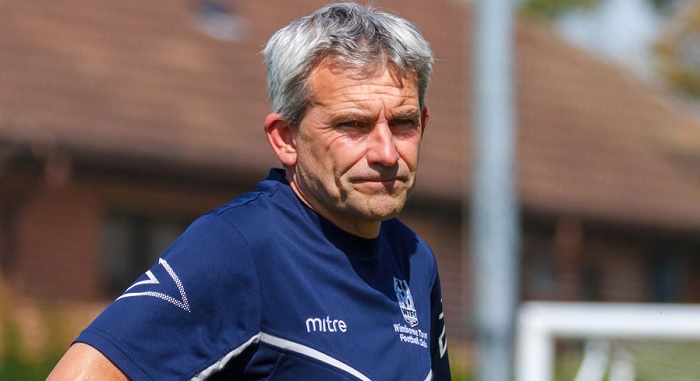 In this new role, he will be responsible for continuing the development of the club’s coaching work in the community and for setting up and overseeing the new academy that the club is launching in October 2019. Holmes joined Wimborne Town in May 2016 as first-team manager and oversaw the club gaining promotion in just his second season. In addition to being manager, Holmes also began developing the club’s role in the local community.

Today, the club has contracts with several local schools, bringing a high level of coaching to children in the area. Holmes has also set up and oversees the soccer schools during school holidays, the walking football and the Saturday morning walk-in football.

At the same time, Holmes has overseen the development of the club’s youth section, growing it from five teams in 2016 to 16 youth teams today, plus two girls/ladies teams and two disability teams.

Chairman Tony Grant said: “The time is right now for Matty to move into this new role. He has done a tremendous job in managing the first team, introducing a coaching and playing style and bringing a level of professionalism to the club on the playing side.

“When I first joined the club, it was always the intention that I would move into this role once the demand had been created. We are now at that tipping point. I am really excited about the future that this club has. We’ve a new ground being built, with new facilities, plus a tremendous amount of coaching commitments that I have been successful at winning. I’m also excited about getting my teeth into launching the new academy, which will help introduce a flow of talent from youth football into the senior sides in the future.”

At a first-team level, Holmes’ coaching team of Danny Holmes and Shane Traynor will continue to coach and manage the team until such time as a new manager is appointed.

“Matty has introduced a certain playing style, which all the lads buy into," stated director Graham Bell. “It’s really important that we continue with this same style and playing ethos, so we will be looking to appoint a new manager who shares this same style and will continue the great work Matty has done.”

Bell went on to say: "It’s a very exciting time at the club right now and I know that children in the community and academy will benefit immensely from Matty’s expertise in coaching and player development.”

And finally, club president Ken Stewart said: “The club would like to wish Matty all the best in his new role at the club, which we all feel is perfect for him and a very important new venture for all of us and we thank him for his sterling work. We also would like to thank Danny and Shane for stepping up with the first team while a new manager is considered.”