Welcome back to the second instalment of Tony Incenzo's groundhopper series, where our very own non-league nomad has taken a trip to Eccleshill United!

What’s the low-down with Eccleshill United?

This match completed visits for me to all the grounds in the Northern Counties East League Premier Division. Way back in the embryonic days of groundhopping in the 1980’s, this would have been fondly called a ‘Champagne Job’.

The altruistic notion was that if a groundhopper completed all the venues in a particular league, they would proudly breeze into the clubhouse after the game and purchase a bottle of champagne.

Then everyone present around the bar would be offered a glass of champers in celebration! A very noble gesture indeed. But as far as I know, no groundhopper ever actually did it although I could be wrong. Anyway, this was a 350 mile round trip for me to the Bradford area. 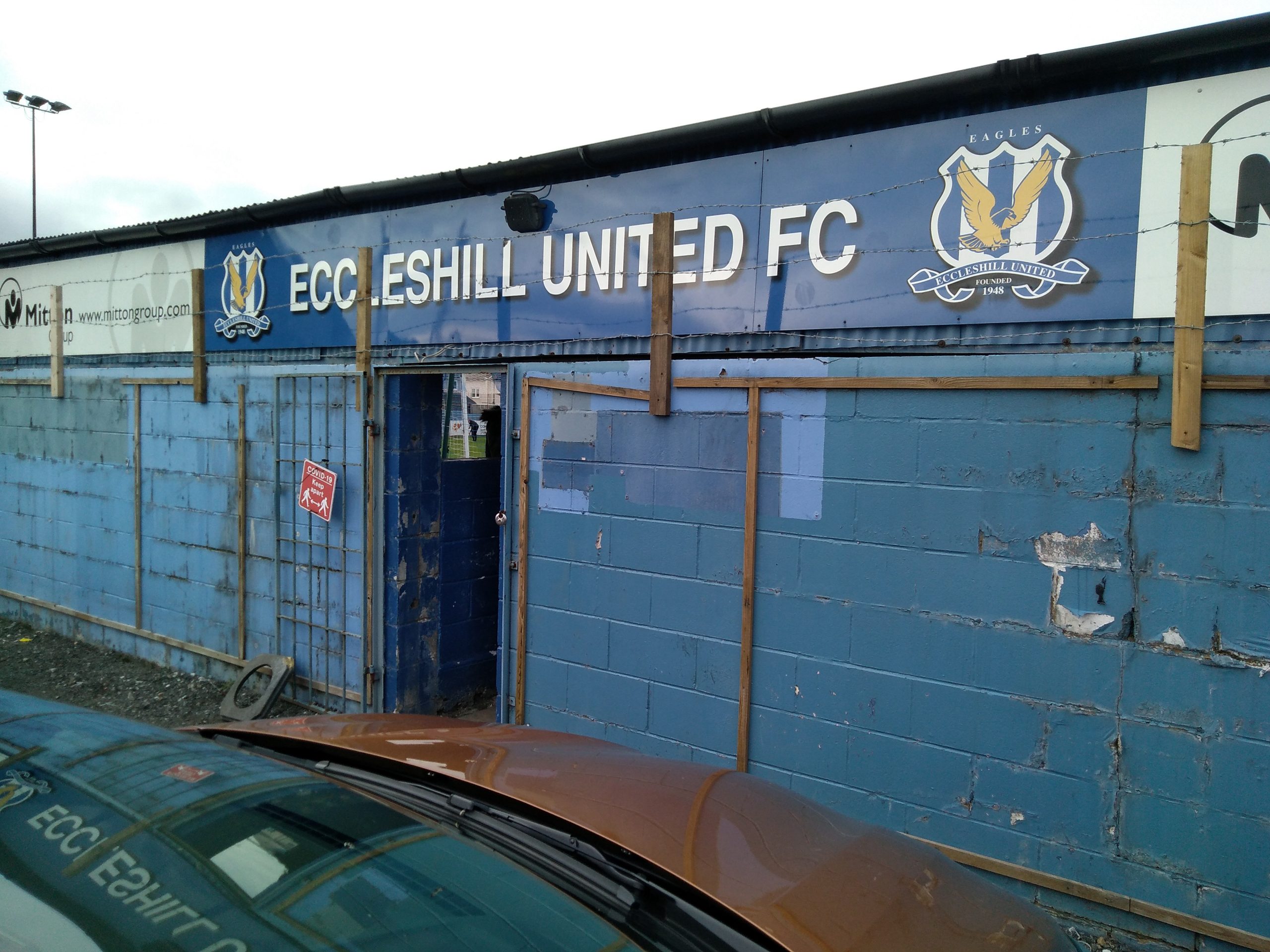 As I drove to the game, I passed thousands of people who were arriving for the Bradford City versus Bristol Rovers match in League Two. A couple of miles up the road at Eccleshill United, I quite liked the ground which has a nice homemade feel to it.

There is a good grandstand straddling the halfway line with 225 plastic tip-up seats in the club colours of blue and white. Then at the clubhouse end of the pitch, there is a sturdy covered terrace for 200 spectators.

Eccleshill no longer produce a printed programme but the club’s very helpful Twitter team forwarded me an advance copy of their online issue for the game. I am getting it printed professionally as there are a couple of people who specialise in this service. Being an old school traditionalist, I always like to have a hard copy programme as my matchday souvenir.

An appetising top of the table clash. Grimsby Borough were league leaders and unbeaten. Eccleshill sat seven points behind in second spot with a game in hand. Borough started brightly and Lewis Collins put them ahead with a rasping shot after just six minutes.

But Eccleshill were level four minutes later through Sam Bradley’s towering header from a corner. Possibly the biggest moment of the match came in the 19th minute when Borough’s captain Jack Debnam had a penalty saved.

Eccleshill took control from there with Jonny Irving blasting home a hat-trick on 44, 50 and 69 minutes to seal their seventh consecutive league victory and reduce the gap at the top to four points. An old timer in the stand yelled “Well done Ecky!” on the final whistle.

By Tony Incenzo In the first instalment of his groundhopping series for ...