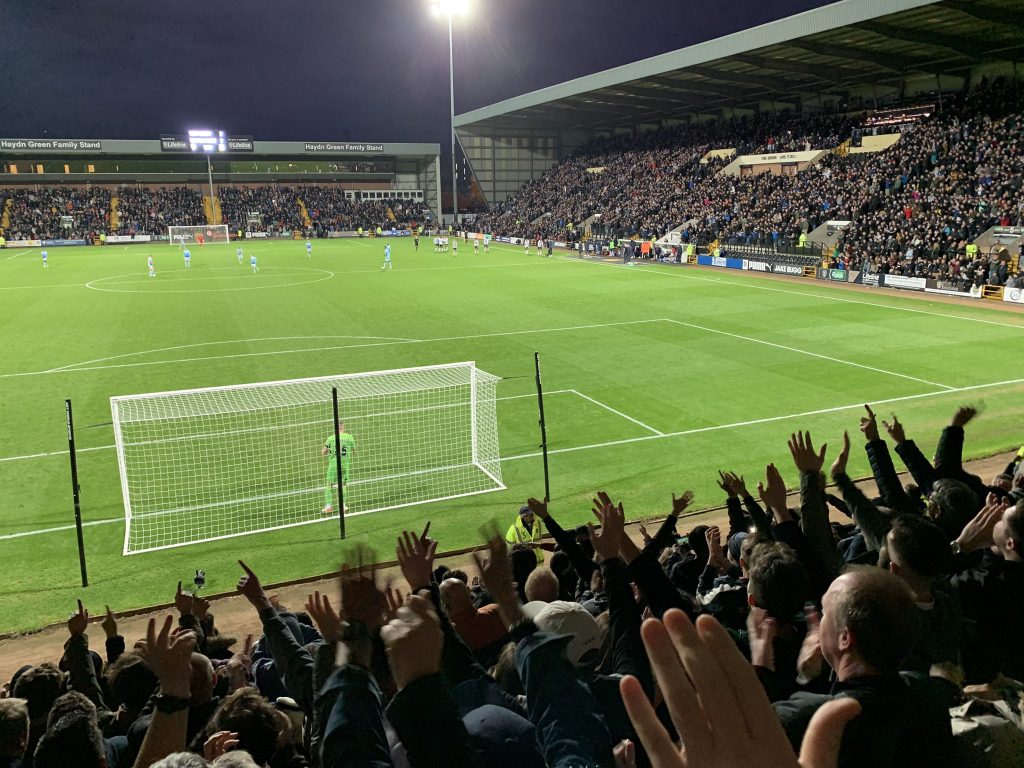 Both of these matches kick off at 3pm on Saturday and they’ll give non league football fans plenty of entertainment before the National League playoffs begin on Monday 23 May. This features Notts County taking on Grimsby Town before Tuesday 24 May sees Halifax Town playing against Chesterfield.

Notts County ended their season with a hard-fought 1-0 away win over Maidenhead United while Grimsby were involved in an outrageous 4-4 away draw to Eastleigh. Halifax will be keen to bounce back from the 2-0 defeat by league champions Stockport County when they take on Chesterfield. The 0-0 draw between Chesterfield and Woking was enough to see the Spireites through to the playoffs. Such is the nature of the competition that any of these teams has a strong chance of playing in the EFL next season.

Few people would have predicted that York City would be playing Boston United in the National League North play-off finals, but that’s exactly what happened. York City enjoyed a fantastic end to the season with a string of impressive wins that put them firmly in the play-off spots. From here, the Minstermen made light work of Chorley before claiming a hugely impressive 1-0 win over high-flyers Brackley Town.

York City will be going into the play-off finals as favourites, but Boston United have quickly earned a good reputation for causing real upsets. Boston scraped through into the playoff places at the expense of Kettering Town and most would have thought that they’d make an early exit. However, Boston have again defied the critics with an excellent 2-1 win over Kidderminster Harriers as well as a convincing 2-0 defeat of AFC Fylde. Can Boston go one better and cause a shock for York on Saturday?

Even the most diehard Ebbsfleet United fans will know that they face a very tough challenge taking on Dorking Wanderers in the playoff final. Any other season and Dorking would have claimed the league title, but Maidstone stood in their way. It’s the phenomenal goalscoring record of Dorking that really impresses with 101 goals in the regular season that’ll cause big problems for a leaky Ebbsfleet defence.

Dorking got a bye into the playoff semi-finals where they continued their impressive goalscoring run with a 3-0 win over Oxford City. Ebbsfleet also got a bye but they were rather less convincing with a narrow 1-0 victory over Chippenham Town. While Dorking should have this game wrapped up, everyone knows that anything can happen in playoff finals.