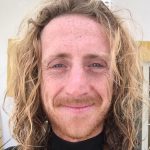 During March, the US online betting industry soared, with a huge percentage increase in betting app downloads.

March Madness – such an exciting time of the year for all of us basketball fans. This year, however, sports bettors have been particularly interested in placing bets on the NCAA Division 1 tournament.

No wonder it’s considered to be the most popular college sporting event in the US.

With the single-elimination format for the tournament, it takes just one loss for teams to say goodbye to the competition. The infamous March Madness took place in Downtown Indianapolis at the Lucas Oil Stadium.

In an exciting NCAA Championship game, the Baylor Bears pulled off an upset win, ending the Gonzaga Bulldogs’ 31-game winning streak. The Bears were crowned NCAA Division 1 champions for the first time.

In the early rounds of March Madness, the Bears saw off the Wisconsin Badgers and the Villanova Wildcats, before beating the Arkansas Razorbacks in the Elite Eight round of the competition.

Then, the Baylor Bears had a convincing win in the final four, beating the Houston Cougars 78-59, easing past them before the championship game.

The Bears’ victory also means that they are the 37th different college to win the prestigious tournament, which is just one example of how exciting and competitive the competition is every year – anyone can win it.

Throughout March Madness – a tournament that lasted around three weeks – there was a large number of Americans looking to place bets on the prestigious tournament. As a result, the increase in betting apps surged 559% for the month, with the NCAA tournament being arguably the main reason for the rise.

February 2021 saw a 41% decrease in betting app downloads, due to the end of the NFL season. However, that clearly didn’t last long, with punters getting involved with March Madness betting markets.

This is no surprise, considering that the tournament is always an event bettors will look to bet on, but this year signified just how popular the competition is.

The final was particularly interesting for basketball bettors, with the Gonzaga Bulldogs considered favourites by most of the bookies offering March Madness markets. However, with the Bears’ upset victory, it goes to show – there’s no such thing as a guarantee in this industry.

What’s Next for College Basketball?

Now March Madness has officially drawn to a conclusion, basketball fans in the US, as well as across the world, will be wondering when the next NCAA action will be.

Well, unfortunately, there is a bit of a wait before any college basketball action takes place. The NCAA division 1 season doesn’t start until mid-November, meaning there’s a seven month wait until we see college teams on the court again.

The NBA season is into the second half of the season, with the remaining games in the league playing until mid-May, before the NBA Finals will be upon us. 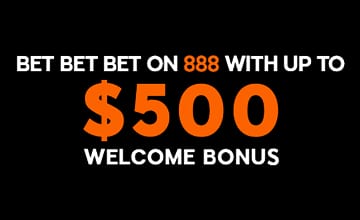 Bet Now
Be this happy:

Betting.co.uk is available in the following countries:

US
English (US)
Other pages: